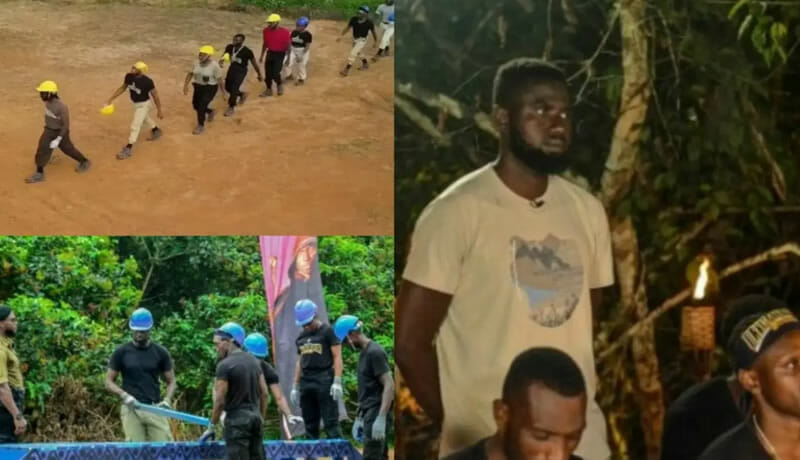 At the place of the talking drum, Toke Makinwa gave them a hint that they should have observed during the task. Each wooden piece was numbered, and their corresponding spots were numbered too. If they had noticed it, they would have had an easy run during their task.

A member of the clan, Tosin, complained that his opinions were ignored and he felt alienated. Emmanuel Nnebe tried to justify making Jennifer the engineer as the team lead, but it all seemed like an excuse.

Toke pointed out that Clan Amo had a teamwork problem, which led to their failure.

Amo Clan was grilled with Fireside Questions as one team member would be evicted by the end of the night. The anchor, Toke, asked them a series of questions. Anyone unable to answer their question correctly would be evicted.

At the end of the game, Emmanuel Nnebe could not answer a question correctly, and he was evicted from the show. Clan Amo has been reduced to four members as they lose another member.