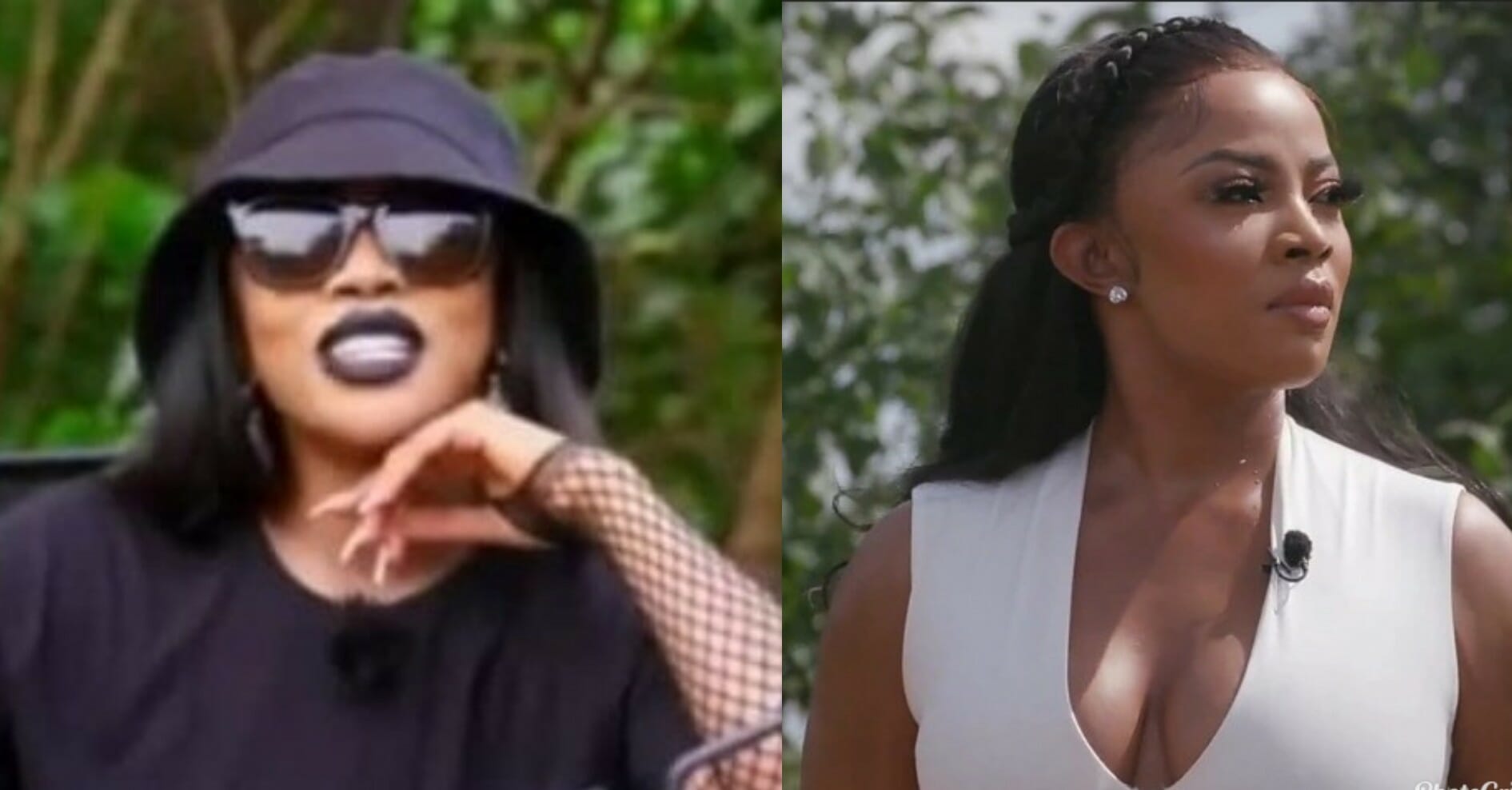 Popular Nigerian media personality, Toke Makinwa’s emergence as the host for the Gulder Ultimate show has continued to raise a lot to mixed reactions on social media.

Toke has always been known as a fashionista who doesn’t joke with looking trendy at all times and she appears to have taken that to the jungle too.

The internet user asked why Toke Makinwa would be anchoring Ultimate Search and going to the bush with fixed nails, fixed eyelashes and a face full of makeup.

According to him, she carried heavy makeup on her face as if she was going for an audition. Toke soon got wind of the critic’s post and made sure to reply him.

The young lady advised the fan to focus on her hosting abilities instead of her physical appearance.

“The last time I checked she is not a Contestant but the host of the show,Focus on her hosting abilities and less on her physical”

See their exchange below: 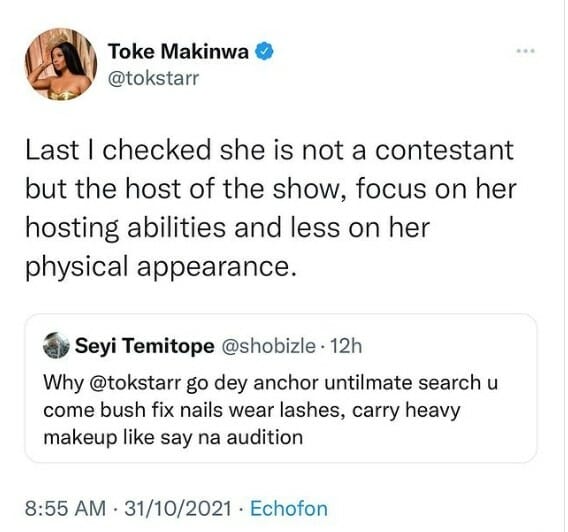