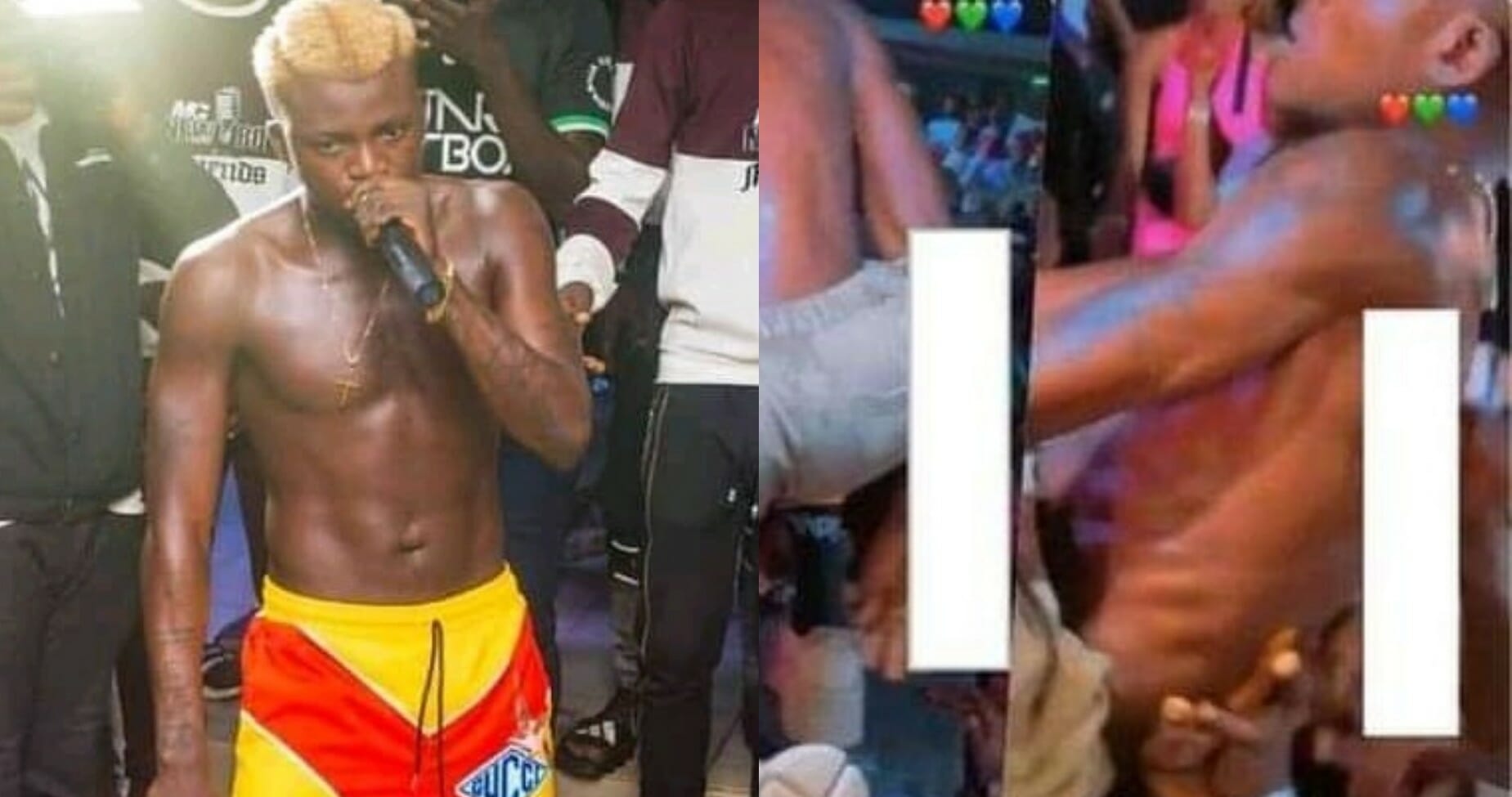 VIDEO: Singer Portable saved by fans after he almost fell while climbing speaker during performance

Rising star, Portable recently gave fans a good time and it appeared he may have had too much fun himself.

In a video that has made the rounds on social media, the singer left levelled grounds and climbed a speaker during his performance.

Things almost went south as he tripped on the speaker but his fans who surrounded him were quick to catch him and put him back in his place.

Different hilarious reactions have followed Portable’s incident because despite his personality, Nigerians still like him.

In other news, Popular Reality TV Star, Beatrice Agba Nwaji has sent some fans into uproar over her recent statement on her male friends’ sexual relationship with female celebrities.

Few hours ago, Beatrice shared a cryptic post on her Instastory over what her rich friends told her about a popular female celebrity on low cut.