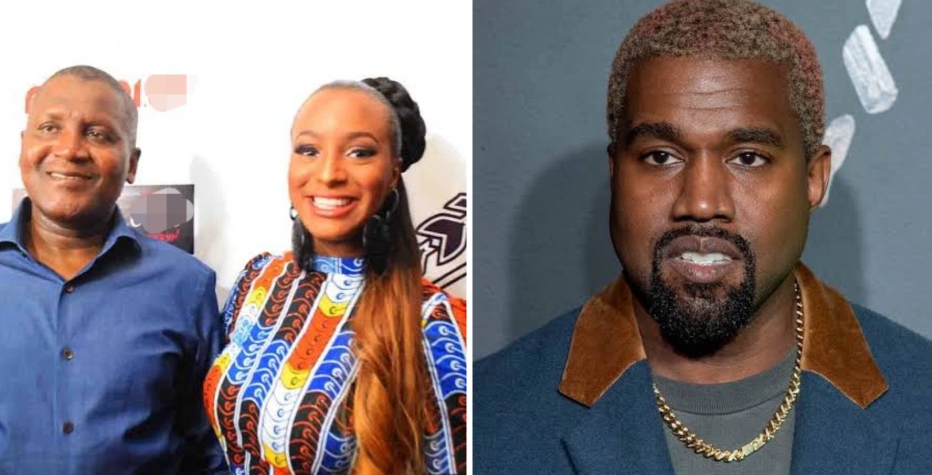 Nigerian disc jockey and producer, Florence Ifeoluwa Otedola, popularly known as DJ Cuppy has taken to social media to correct American Rapper, Kanye West after he claimed that he is the richest black man.

Recall that early last year, reports had emerged in the media that Kanye West is officially the richest black man in US history, and that he has gotten a convincing lead over the likes of Michael Jordan and Robert Smith.

While speaking about his broken marriage to Kim Kardashian in a recent interview, the Rapper had claimed that Kim Kardashian’s security guards refused to grant him access into her house to see his children. According to him, he has the bragging right as the richest black man and North’s father to see anyone including his daughter.

Reacting, In a post which DJ Cuppy made on her verified Twitter handle, the billionaire’s daughter said that she is a huge fan of Kanye West, but the richest black man still remains her godfather, Aliko Dangote.