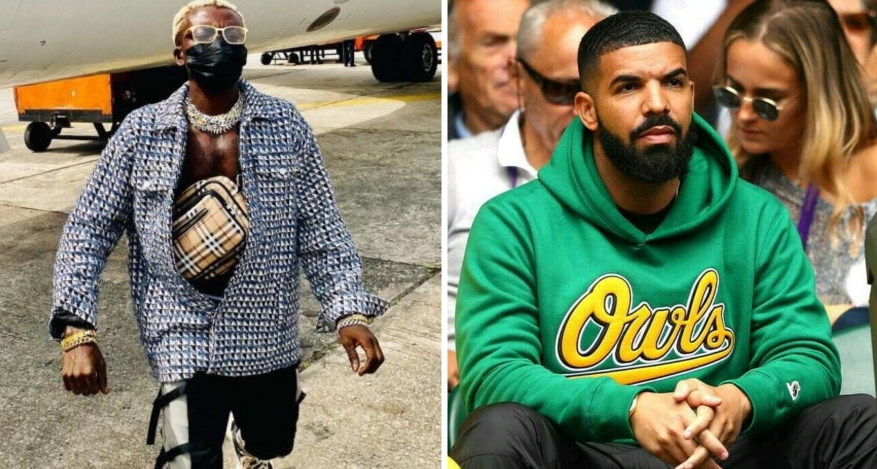 Controversial Nigerian street-hop artiste, Portable, has reacted after a fan compared him to American rapper, Drake.

The fan had taken to the popular micro-blogging platform to assert that the “Zazu zeh” crooner is gradually replacing the international act in the music industry.

On sighting the post, Portable quoted the tweet, bragged about singing Drake’s hit single, ‘God’s plan’, word for word and asked if the Canadian Rapper can sing his smash hit song ‘Zazu zeh”.

He simply wrote, “I can sing God’s plan, but can Drake sing Zazu zeh?”

See their exchange below 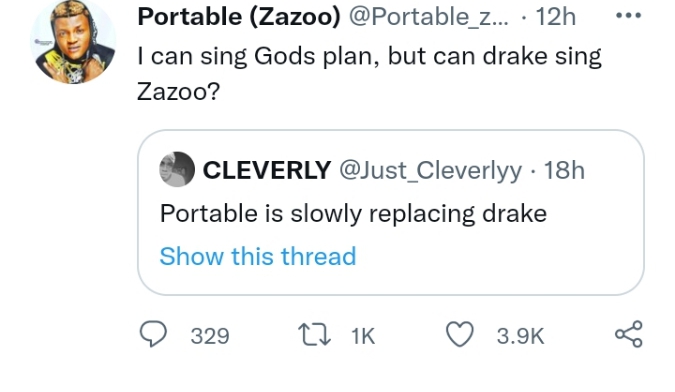 BBNaija’s Maria opens up on friendship with…

Fidelis Anosike plays down rumours of crisis in…

In other news, Nigerian disc jockey and producer, Florence Ifeoluwa Otedola, popularly known as DJ Cuppy has taken to social media to correct American Rapper, Kanye West after he claimed that he is the richest black man.