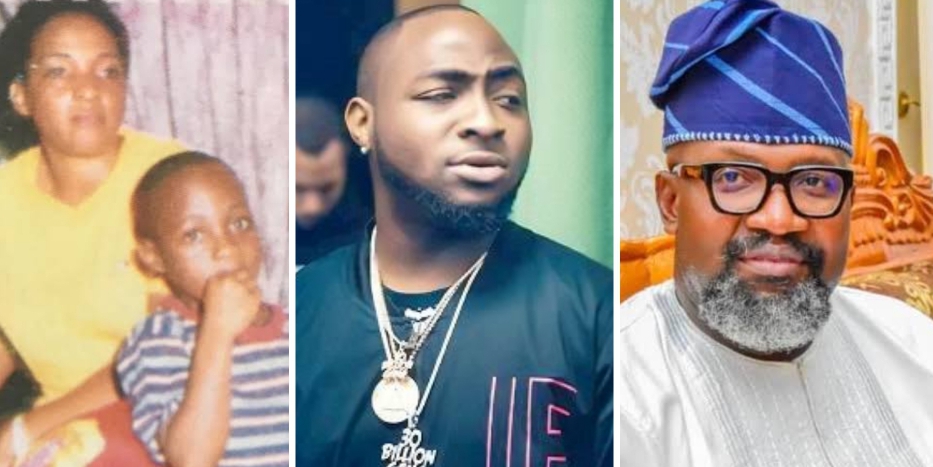 It seems Nigerians are about to witness more drama from Nigerian Superstar, Davido as he continues to drag his Cousin, Dele Adeleke.

The singer took to Twitter to continue the dragging of his cousin which he started yesterday, this time claiming his relative is using his late mother’s name to chase clout.

In the series of tweets the singer posted on his verified Twitter account, he claimed that Dele Adeleke used his name and that of his late mother, Vero in an article for his political gains.

He ended his tweet by telling fans to expect a new song from him which fans expect might be a diss song.

“Because of your ambition you have your people write about me (which I don’t care ) but to include the death of my mother in an article … same woman that raised you …
@deleadeleke001
ok na .. Dele God will reward you”

“The truth hurt you that much you had to go that low to mention YOUR AUNTY VERO that cared for you .. well .. I don open my crase for the year
@deleadeleke001
stay tuned Sign of the horns NEW MUSIC 2MORO!” 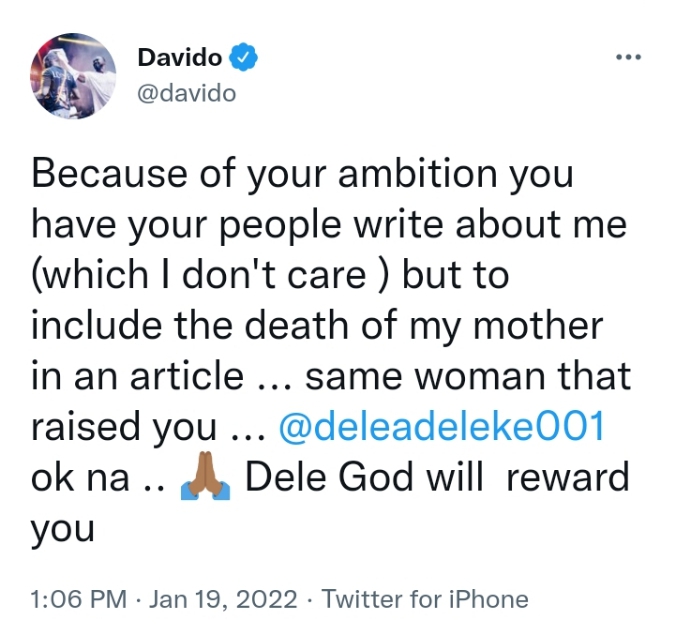 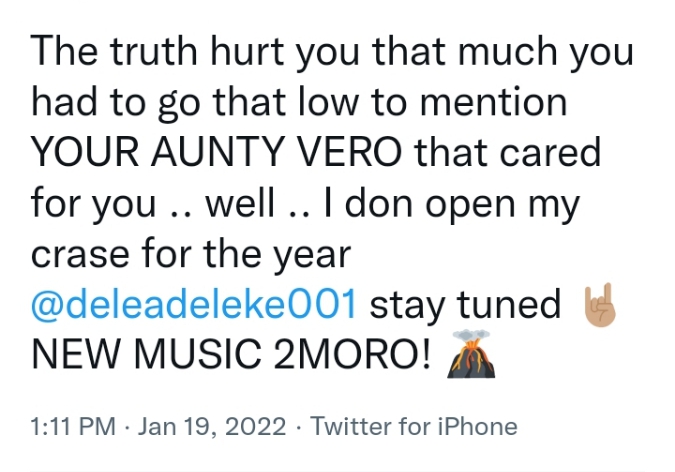 Recall that the singer, got tongues wagging yesterday after he dragged his cousin for claiming to be an intellectual despite graduating with 2:2.

He also warned that Osun state indigenes to beware of fakes which was an indirect sub at Dele who is currently running for the 2022 Governorship election in the state against their Uncle, Senator Ademola Adeleke under the same PDP party.

In a recent interview on Channels TV, Dele Adeleke had explained why the ‘Fem” crooner was supporting his uncle, Senator Ademola Adeleke in the next governorship election in Osun State instead of him.