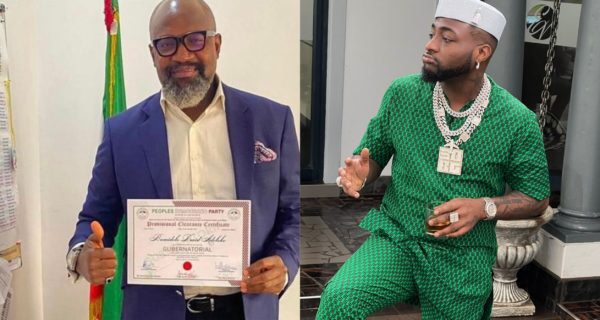 Nigerian politician, Dele Adeleke has replied Davido with a lengthy message after he bashed him for mentioning the death of his late mother, Vero, who raised and cared for him, in an article.

The singer has continued to bash his cousin over running for the Osun state governorship election alongside his uncle, Ademola Adeleke.

Reacting to Davido’s fresh allegation against him, Dele took to his Twitter page and explained how much his mother meant to him and how his fans have been coming for him.

Dele pointed out that he also lost his mum at a tender age like Davido and he cherishes his mum, Vero too much to allow anyone or himself ridicule her memory.

He continued by saying that since the singer is the king of social media, so many of his fans have threatened him but he doubts that Davido sent them.

Dele also said that irrespective of politics, he has maintained decorum in the face of provocation and respects Davido’s decision to support their uncle, Ademola Adeleke to become Osun state governor. 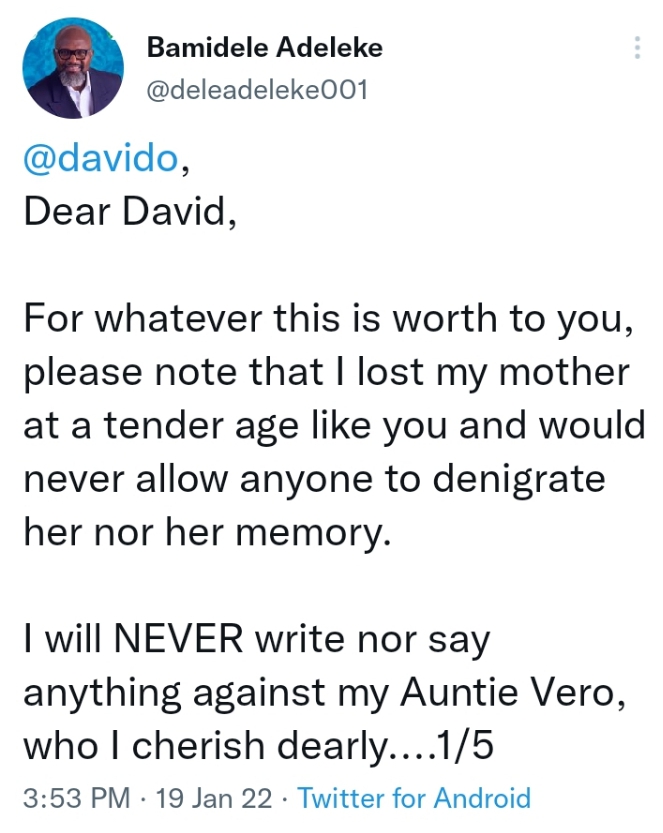 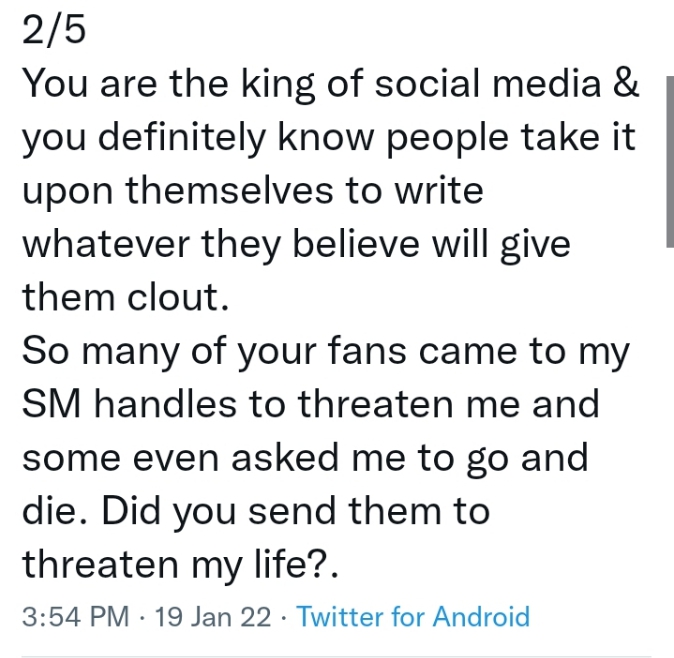 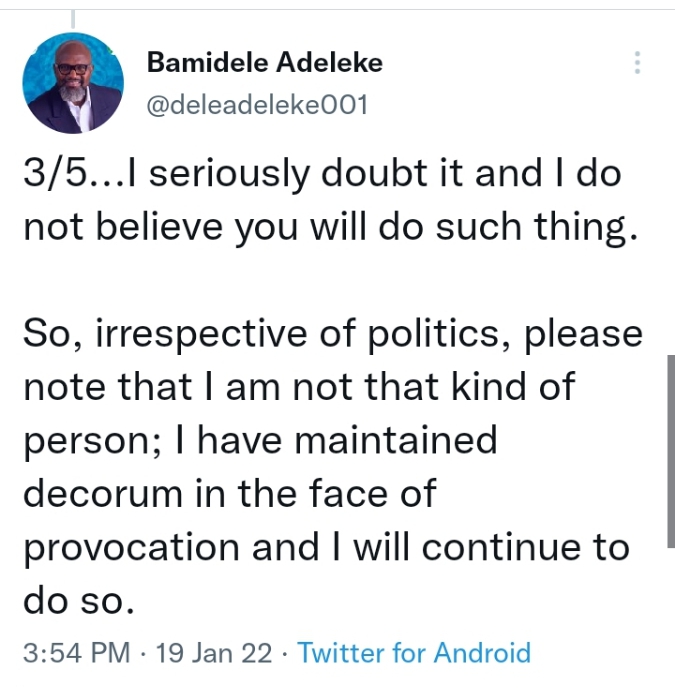 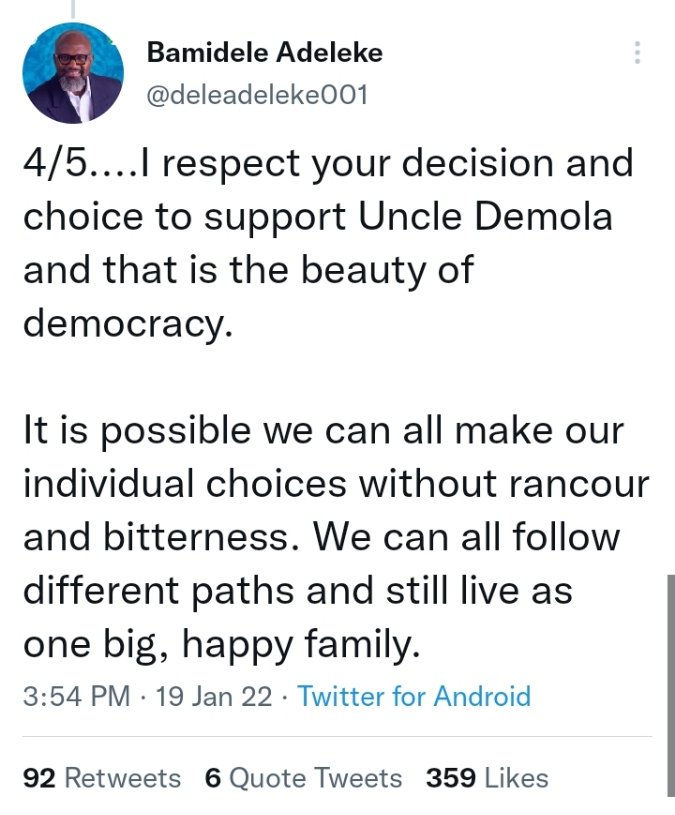 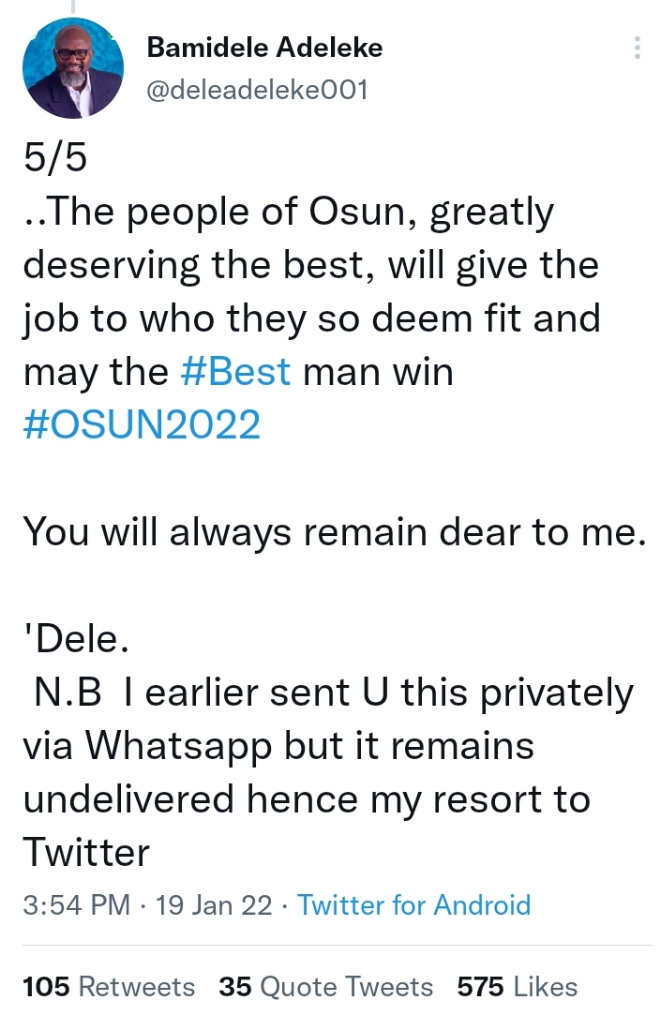