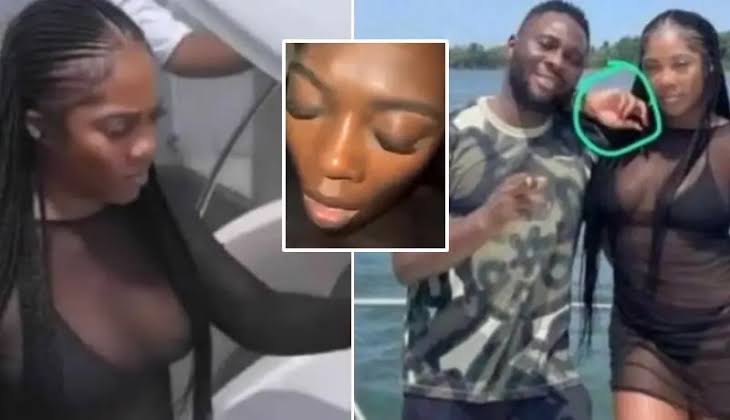 The viral tape saga of Popular Nigerian Singer, Tiwa Savage, made it to the University of Lafia, Nasarawa examination.

Tiwa Savage was the central character in a recent literature question written by the students of the Department of English and Literary Studies.

The examination question of the University of Lafia, Nasarawa was posted on Instagram by instablo9ja.

In the question, the undergraduates were asked to explain the connection between musical lyrics and scenes in the trended video. 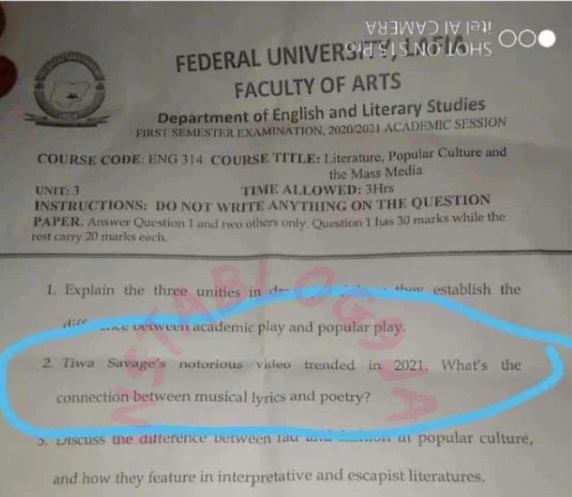 Recall that the mother of one had in an interview, revealed that someone was threatening to release her sex tape with the lover she’s currently dating, except she paid a ransom. She however, didn’t oblige the blackmailer but chose to define the narrative herself by putting it out there first.

The emergence of the tape ignited the controversy once more with fans, netizens, followers and colleagues having a thing or two to say about the development — for some reason, or probably in a bid to console the songstress, some celebrities saw the opportunity fit to refer to her as their “queen”; an action that would agitate a lot of people online.