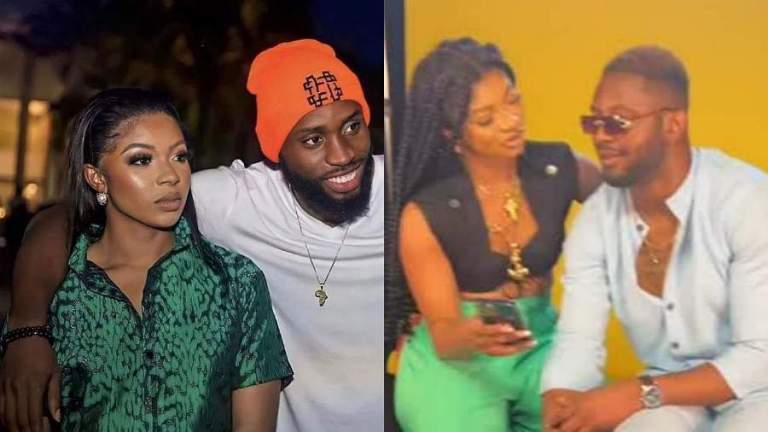 Former Big Brother Naija shine ya eye star, Cross Okechuckwu Sunday, has finally reacted to the allegations leveled against him by fans of Emmanuel Umoh and Liquorose.

These supporters, popularly known as EmmaRose shippers, dropped a voice note on their social media group chat, condemning the photos and videos of Cross and Liquorose which went viral on Wednesday evening.

One of the supporters, a female, whose voice was heard, lashed out at people who posted the pictures and videos in the EmmaRose supporters WhatsApp forum.

She further stated that there should be no posting of such photos and videos, including anything not related to Emmanuel and Liquorose.

Responding to the above, Cross took to his Snapchat page and made a repost of the voice note, as he laughs at EmmaRose supporters who were cautioning him in the video.