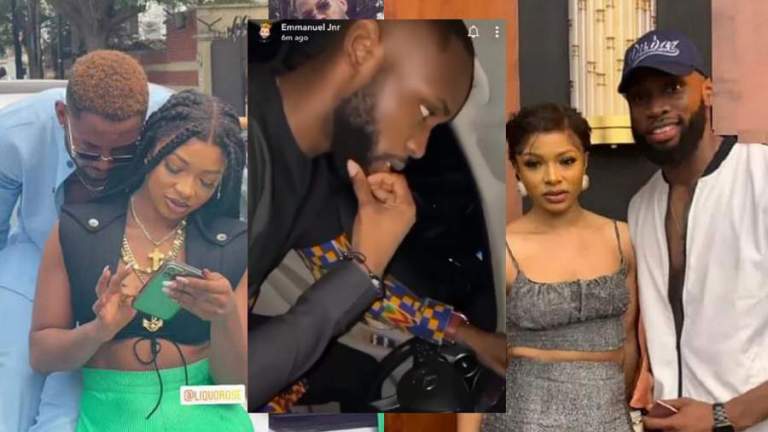 Emmanuel, as seen in a video posted on his social media page, via Snapchat, stepped out in a car with Liquorose, hours after Cross posted some videos where he’s seen in a loved-up moment with Liquorose.

The male ex-Shine Ya Eye star was heard discussing with Liquorose, while he drives through the Lagos road.

Miss Afije, who’s professionally known as Liquorose, had to respond to her man, even though she wasn’t spotted physically in the video.

The Emmanuel’s post comes shortly after Cross posted photos and videos of himself chilling with Liquorose, prior to their official interview with media firm, Ndani TV.

Following the Cross’ post, many reactions trailed social media, which had it that Cross was just trying to ignite the anger of EmmaRose shippers, who have already condemned the post.

Also, Cross shared a voice note, showing the moment EmmaRose shippers angrily voiced their displeasure over the controversial posts which made the rounds on internet.