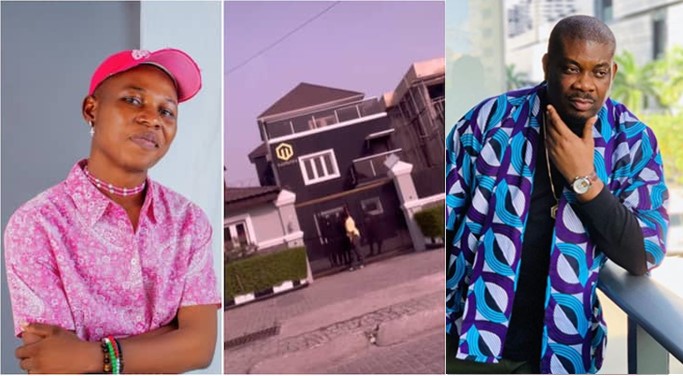 Shoday, A TikToker and fan of Nigerian music executive, has gotten the desired response after he recently visited the veteran music producer at his Mavin Records’ office.

Few days ago, , a video of the Nigerian artiste visiting Don Jazzy at his office without making an appointment and demanding to see him, went viral.

Shoday approached the gate and made small talks with the security officials before informing them of his mission.

He said that he dropped a song that many TikTokers have used, however, he is waiting for the label boss to use it in his TikTok video.

When he was told that the music boss is not around, the man sat at the gate, saying he will stay there until he comes.

Fortune has finally smiled on him as DonJazzy took to his Instagram page to share one of his songs he used in his recent TikTok video.