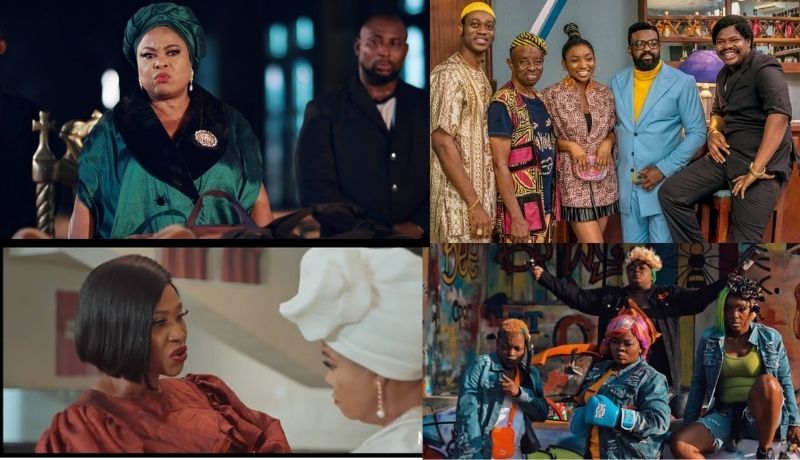 A movie is as good as the quality of the actors in it, or at least, that’s what WN Picks looks out for and Nollywood has seen a great number of talents in the past and even more now that the industry is booming.

Regardless of whichever path each chooses to walk, the development of Nollywood over time cannot be ignored, and that can partially be credited to the good acting from the talents in the industry, interpreting roles in ways their audience can understand while adapting to modern-day realities.

Over the last couple of years, we have seen actors who interpreted their roles so exceptionally that it can be argued that no other actor can do better if given the role.

WN Picks looks into a few of them, talking about the role they played and how they brought the characters to life.

Sola Sobowale in King of Boys as Eniola Salami (Oba)

Sola Sobowale is a big name in the Nigerian movie scene, and she is mostly known for being an ‘action woman’ who takes no-nonsense. It was no surprise how she delivered on her role as Oba in the Kemi Adetiba directed movie King of Boys as well as King of Boys: Return of the King.

We saw an incredible performance from Sola Sobowale as she played an action figure standing up against one of the most powerful politicians, while also displaying her emotional side when she lost everything that mattered to her.

Funke Akindele-Bello is an incredible actor and she has proven that time and time again in her roles. But Omo Ghetto is different because of the work rate she had to take on in the movie.

In both the first part of Omo Ghetto and the second part of the movie, Funke Akindele-Bello had to play a dual role, one where she played Lefty the tout twin sister who is comfortable living the ghetto lifestyle in the slum, and the other part as Ayomide, the educated twin sister who enjoys luxury, is educated and ambitious.

Playing a dual role can be demanding and we saw how Funke Akindele-Bello played her roles well and delivered perfectly on it.

Lateef Adedimeji in Ayinla as Ayinla

One of the hardest parts of being an actor is playing a real-life character and Lateef Adedimeji had to take on that challenge in the movie Ayinla, starring as the legendary musician Ayinla Omo Wura.

Knowing him to be an actor who in one way or the other tends to make his audience laugh, it was surprising to see him deliver on this role and how well he immersed himself into the life of the character he was playing.

If not anything, Lateef Adedimeji was able to get a chuckle and applause from his audience for a job well done for his role in Ayinla.

Nse Ikpe-Etim as Mrs. Randle in King of Boys: Return of the King

When you talk of class and poise, Nse Ikpe-Etim is that woman you are looking for, and her role as Mrs. Randle in the movie King of Boys: Return of the King showed that well.

Starring as the wife of the governor of Lagos State in this movie, her acting was so perfect that it seemed so real.

It can be argued that Nse Ikpe-Etim became her character and lived the part throughout the movie, bringing the character to life and making her the perfect fit for the role.

It is also important to remember that it takes a lot of effort to match up to Sola Sobowale’s energy which she did effortlessly in the movie.

WN Picks is not arranged in any order and this is not to say that these are the only actors who interpret their role to perfection in the Nollywood scene.

Simply put, these actors are selected based on the writer’s preference and movies created from a couple of years back where the selected actors delivered perfectly on their roles.