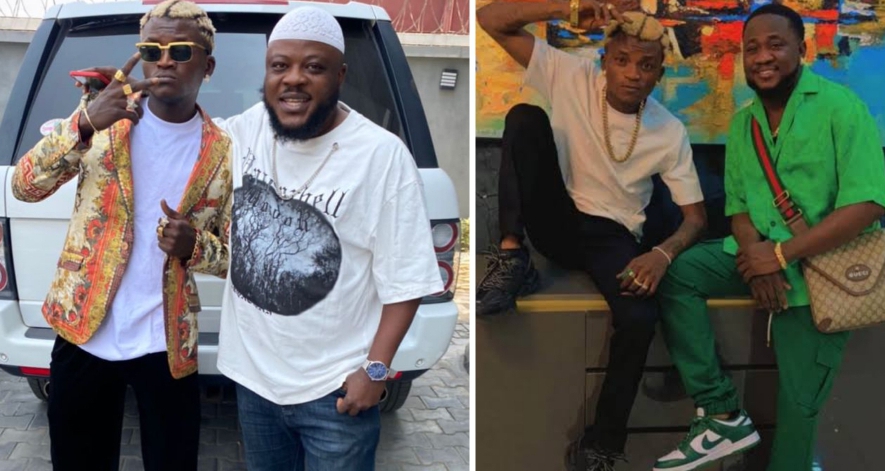 Popular music promoter, Yusuf Adepitan, A.k.a Danku has opened up after being accused of snatching Zazuu Zeh star, Olalomi Okikiola, popularly known as Portable, from his friend and Colleague, Kogbagidi.

It is no longer news that rave of the moment, Portable has parted ways with ace promoter, Kogbagidi.

Following the new development, reports emerged that Danku pulled a fast one on Kogbagidi who has been his friend for a decade and Danku has therefore come out to deny the negative narrative.

In an exclusive interview with Fujiipop Online Magazine, Danku stressed that the allegation was wrong and that the public imagination about it was not right.

“I am just a promoter and managing consultant to Portable. I didn’t snatched him from Kogbagidi. Both had arguments and I settled them. But it seems that didn’t go well with Kogbagidi,” said Danku.

“He called me for a meeting and Kogbagidi was also aware. There is no hiding issue here. Kogbagidi was my apprentice. I brought him into artiste management field. I am happy seeing him grow in the entertainment industry. So if people say negative things to tarnish my image, I am less concerned. Only God will judge with time. We are doing business on Zazuuu Zehh,“ Danku disclosed.

“Aside promoting Portable in Nigeria, my company, Ijoba Na Danku Promotions has also introduced the singer to international promoters. He is going on international tour soon and it is strictly business,“ he added.

Danku has promoted D’Banj, Oritsefemi, Davido, 9ice, and Peruzzi in the past .