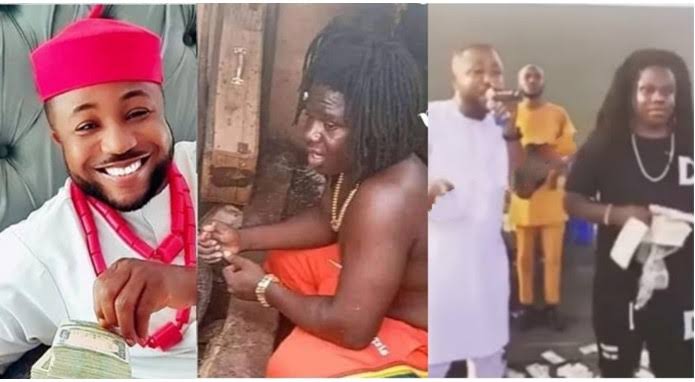 Gospel singer, Gozie Okeke has clapped back at those criticizing him for performing at an event where a native doctor sprayed him wads of cash.

Gozie in the video he shared, said he was only appreciating the native doctor, Akwa Okuko Tiwaraki na Oba for showing him love by spraying him money at the event in Oba, Anambra state.

Describing those criticizing him as “beautiful enemies”, the gospel singer claimed that is why many of them are poor because they don’t think far.

Claiming that many will miss heaven because they don’t mind their business, Gozie Okeke also slammed his colleagues for criticizing him. According to him, they are condemning him as if they won’t take the money if they were in his position.

He further told those criticizing him to leave him alone as he is only doing his business.