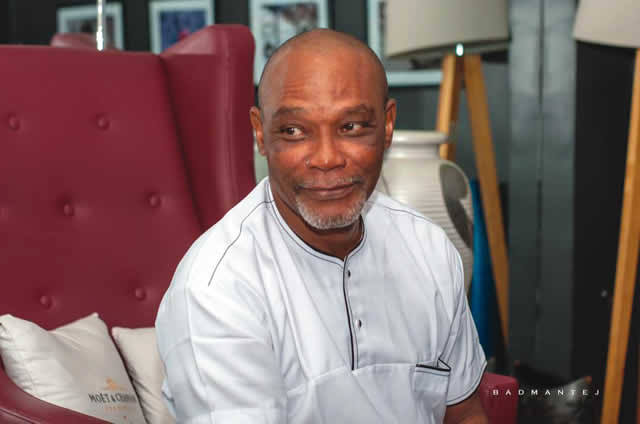 How some random ladies harassed me, nearly beat me up – Actor Norbert Young spills

Veteran star actor, Norbert Young has paid his dues in Nollywood and also inspiring a new generation of actors.

The role interpreter who has interpreted various roles, recently recounted an embarrassing moment he had with two female fans.

Speaking in an interview with The Punch, Young said: “I don’t keep such things in mind although I must have had some embarrassing moments. Around 1991 or 1992, some ladies nearly beat me up on a bus because of the role of Professor Edem, who was a randy person. The two ladies were actually harassing me on the bus.

However, it was very early in the morning and there weren’t many people on the bus. So, there was no big crowd for me to be really embarrassed. But, I remember that incident very well”.

Norbert Young who is married to actress, Gloria Anozie noted that love holds their marriage together.

“If one deliberately sets out to marry an actress, it means one would have a particular interest. And when that interest wanes, what happens? So, love holds us together. There is no special thing that we do to be together. We just live our lives from day to day. We still keep being friends, keep communicating, win and face our problems together.

The most important thing is that we still keep being friends. There is no special thing we do to keep our marriage. We lead normal lives and do not pretend about it. We do not live above or below our means”.