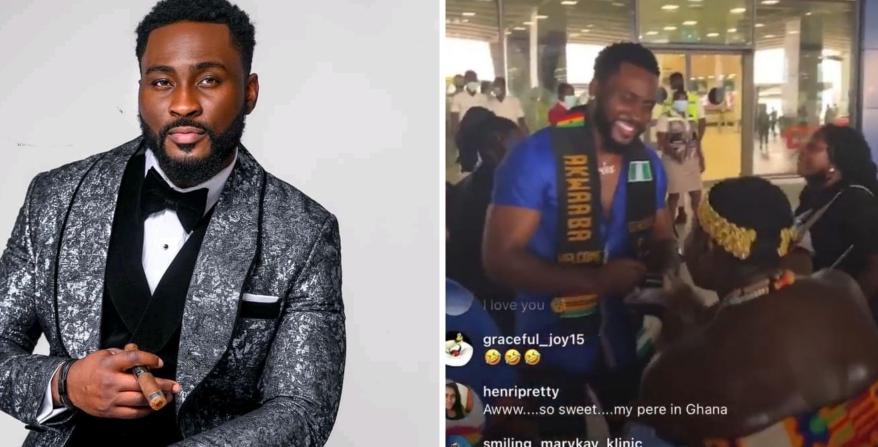 Big Brother Naija (BBNaija) star Pere Egbi has joined fellow colleagues who have made a call of duty to Ghana in a bid to spend time with fans and supporters.

The reality star who was nicknamed a ‘general’ during his time in the BBNaija house was given nothing short of a royal welcome.

Dedicated fans and supporters were already waiting for the Nigerian superstar at the Kotoka International Airport before his arrival.

Upon landing in the country, Pere was greeted by his people, including traditional dancers who came to show him love.

The BBNaija star was all smiles as he exchanged pleasantries with those who showed up for him.

Pere was also generous enough to spray some of the dancers with money.

Watch a clip sighted online below: