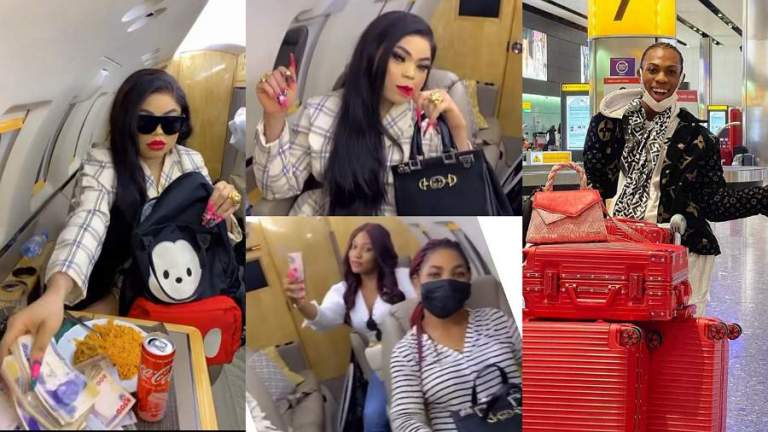 Video: Bobrisky steps out in private jet with his house-help and PA after James Brown’s Fans mocked him

Bobrisky stepped out in style, alongside his make-up artist, house-help and personal assistant, after James Brown announced his arrival to London.

They were both seen in a private jet together, as Bobrisky bragged that he’s the only celebrity who has lavished his employees by taking them out with him.

The cross-dresser, alongside his girls, were also spotted in the private jet cheering a toast and having fun with some business class meals.

Meanwhile, Bobrisky posted the video, via his social media pages, precisely Instagram and Snapchat, barely 24 hours after James Brown announced he was in London.

James in his post, showed the moment he was seen at the airport, and posing alongside his numerous luggages.

Mr Brown has also posted some videos hyping the beautiful moments and some major experiences he has had in the UK’s most popular city.

Since then, James Brown’s Fans have continued to mock Bobrisky saying that James Brown travelled to London before him.

Reacting to this, Bobrisky took to his Instagram page to share a screenshot of news when he travelled to London, and fans paid €20 for a meet and greet. 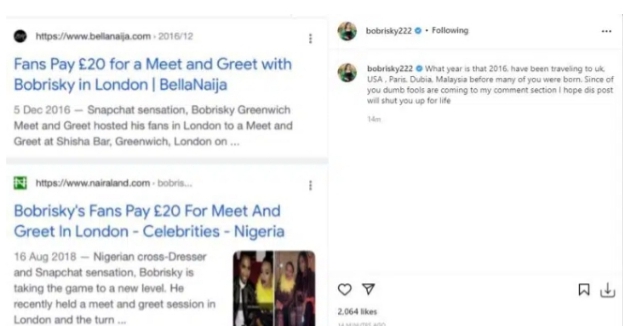 James’fans trolling has perhaps prompted Bobrisky to step up, in order to show off his own lifestyle. 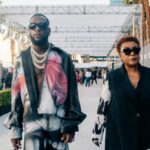 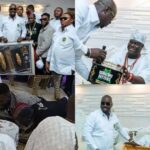