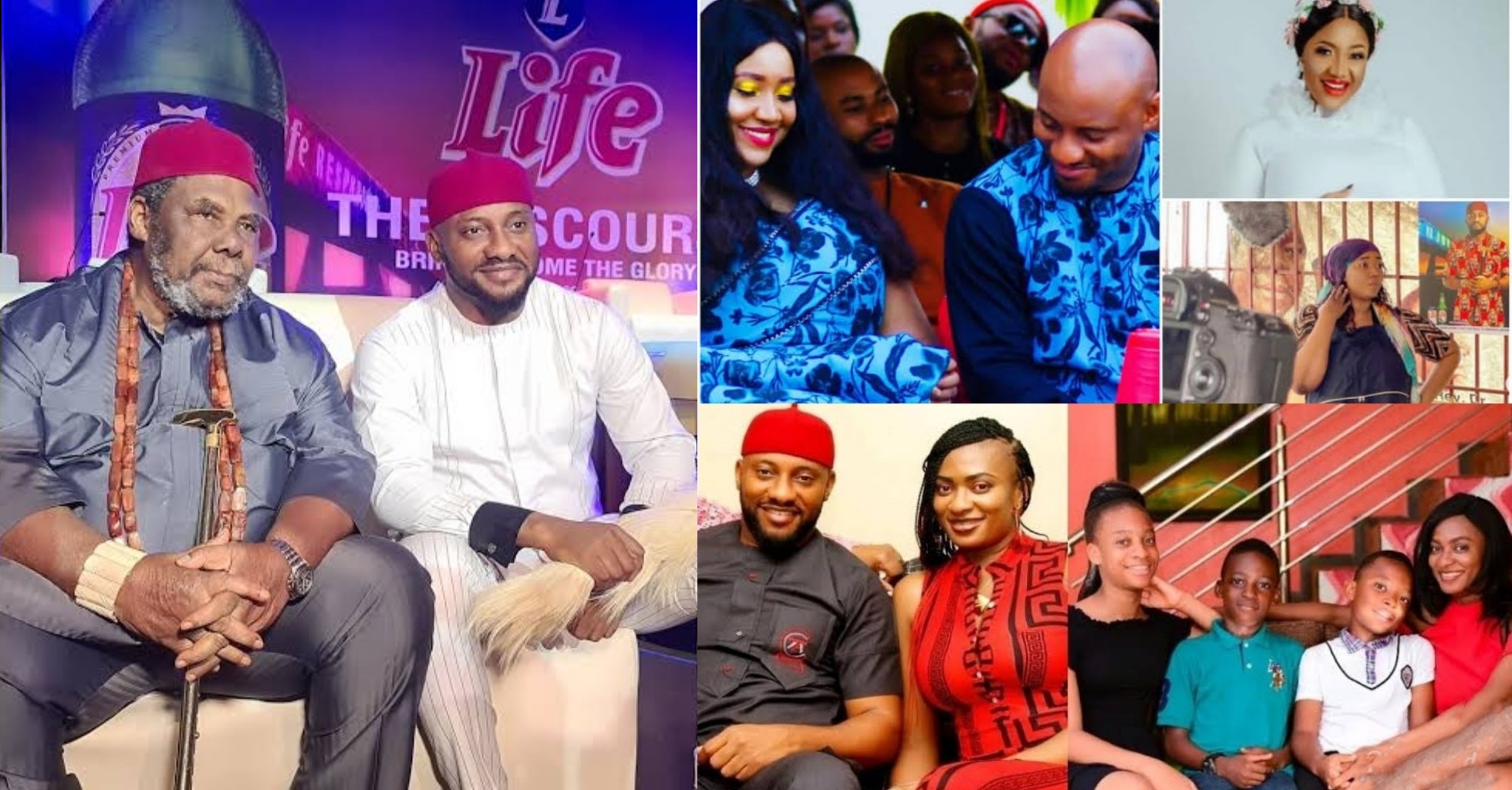 Nollywood Veteran, Pete Edochie has urged his fans and colleagues to remember to be just and fair in all their dealings in the new month to attract favour.

This is the first time Pete would be making a post on social media since his son, Yul Edochie had on Wednesday, April 27, made the big announcement of a second wife he identified as Judy Austin Muoghalu and a child he called Star, whom he said was a product of the relationship that must have started a long time ago.

Taking to his Instagram page, Pete Edochie welcomed his fans to a new month and made prayers for them.

He, however, urged them to be fair and just in their dealing with others in the new month.

Sharing a new photo on his timeline, Pete wrote:

“Happy new month everyone. May this month be in your favour. Remember to be Fair and Just in all your dealings with others, cos those attract God’s favour too. Goodluck.” 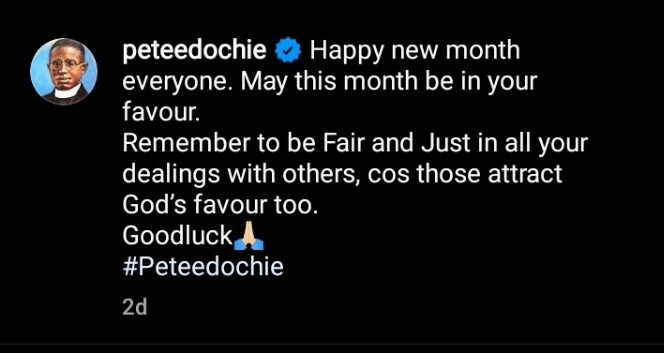