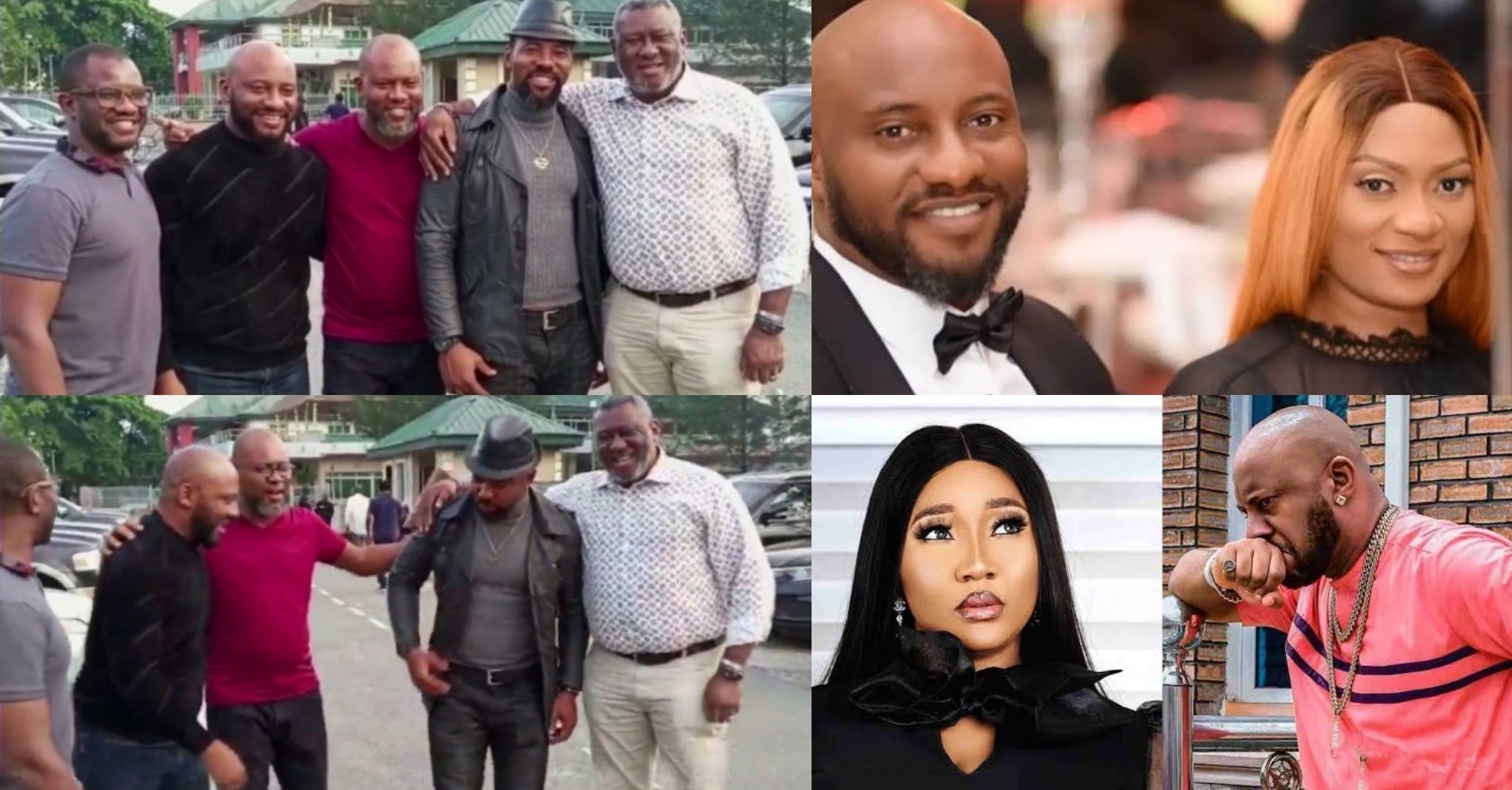 Yul and his siblings were seen posing in excitement for a photo shoot as they held each other by their shoulders in a video via the Actor’s Instagram post, on Saturday.

In the clip, someone in the background could be heard saying, “the five Edochies.”

Captioning the video, the 40-year-old presidential aspirant asserted that the last time he and his brothers came together was a long time ago.

“With my four brothers, the last time we came together like this was a long time ago,” he said. 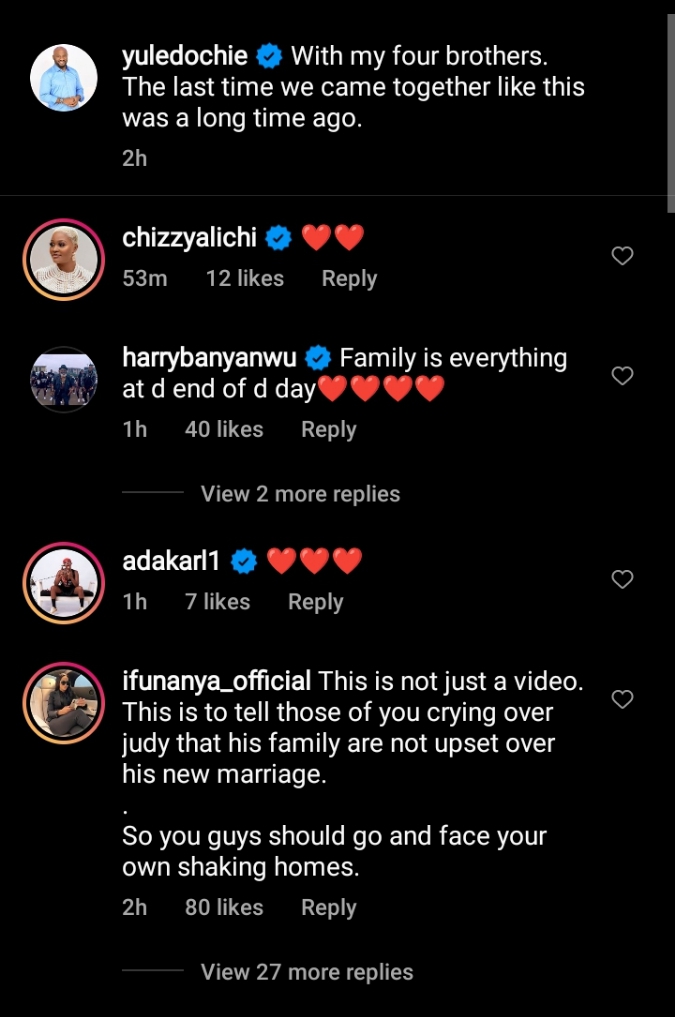 This is coming after the actor’s brother, Linc was questioned by a fan for his involvement in Yul’s decision to marry a second wife. Linc angrily replied the fan that he wasn’t involved: “Please don’t pi** me off. I wasn’t there”.

Also Uche Edochie, the elder brother of Yul Edochie, on his Instagram page said his family did not support Yul Edochie’s decision and they are shocked.

According to him, Yul was advised against the marriage but he did not listen to their advice.

His other brothers Tochukwu and Gene Edochie have stayed quite on the saga.