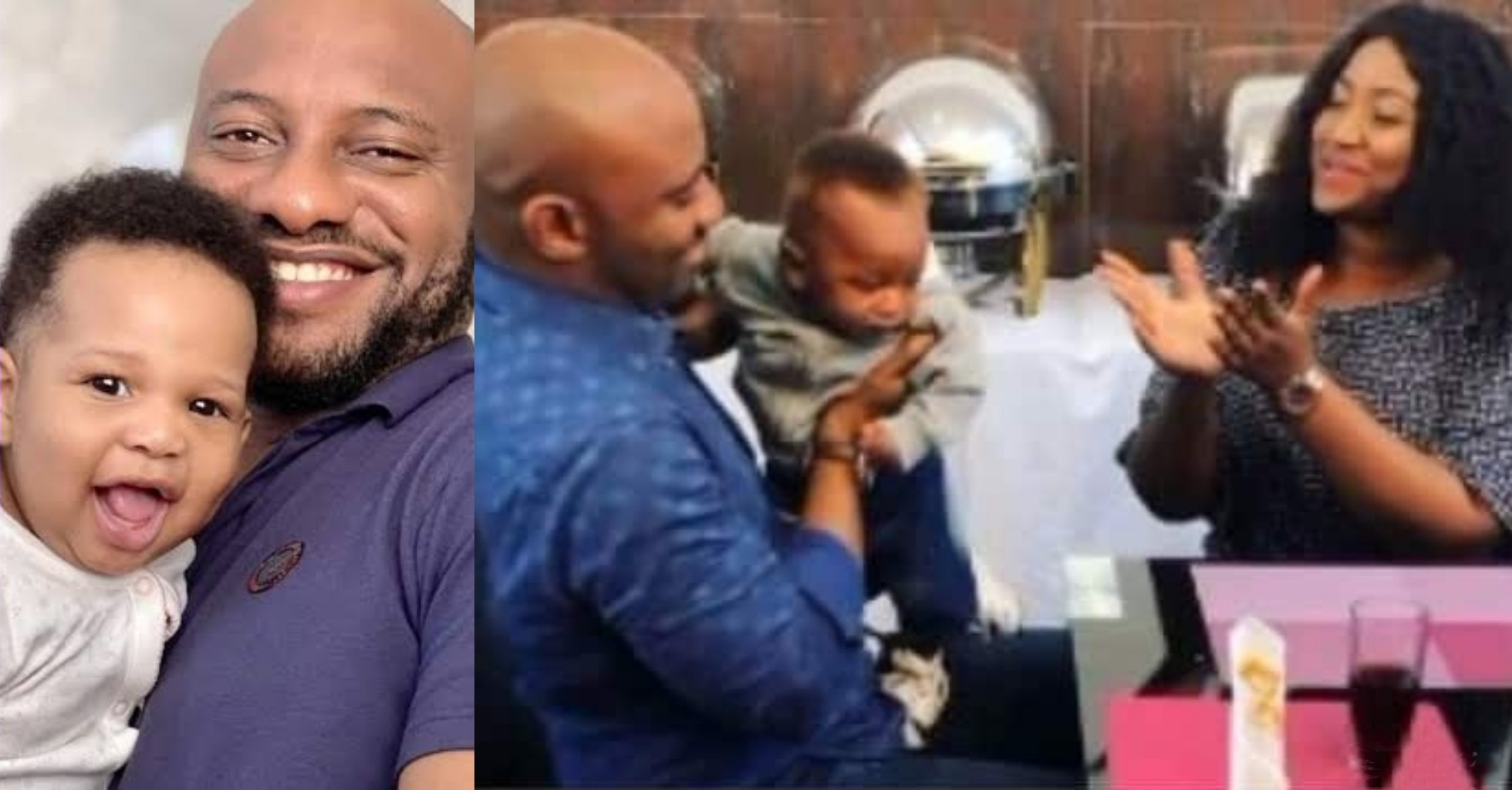 Nollywood Actress, Judy Austin has put her relationship with Actor Yul Edochie in the media once again.

In the clip shared by the actress on her TikTok page, Yul could be seen affectionately holding their son to the admiration of his second wife, Judy.

She went on to add a caption where she described Yul as being romantic for carrying their son, a statement that has stirred reactions on social media.

Still on Yul Edochie, The Actor recently shared his first lovey-dovey video of himself with his wife, May, amid polygamy controversy.

In the video, the presidential aspirant and his wife were seen dancing to the popular ‘Problem no dey finish’ song.