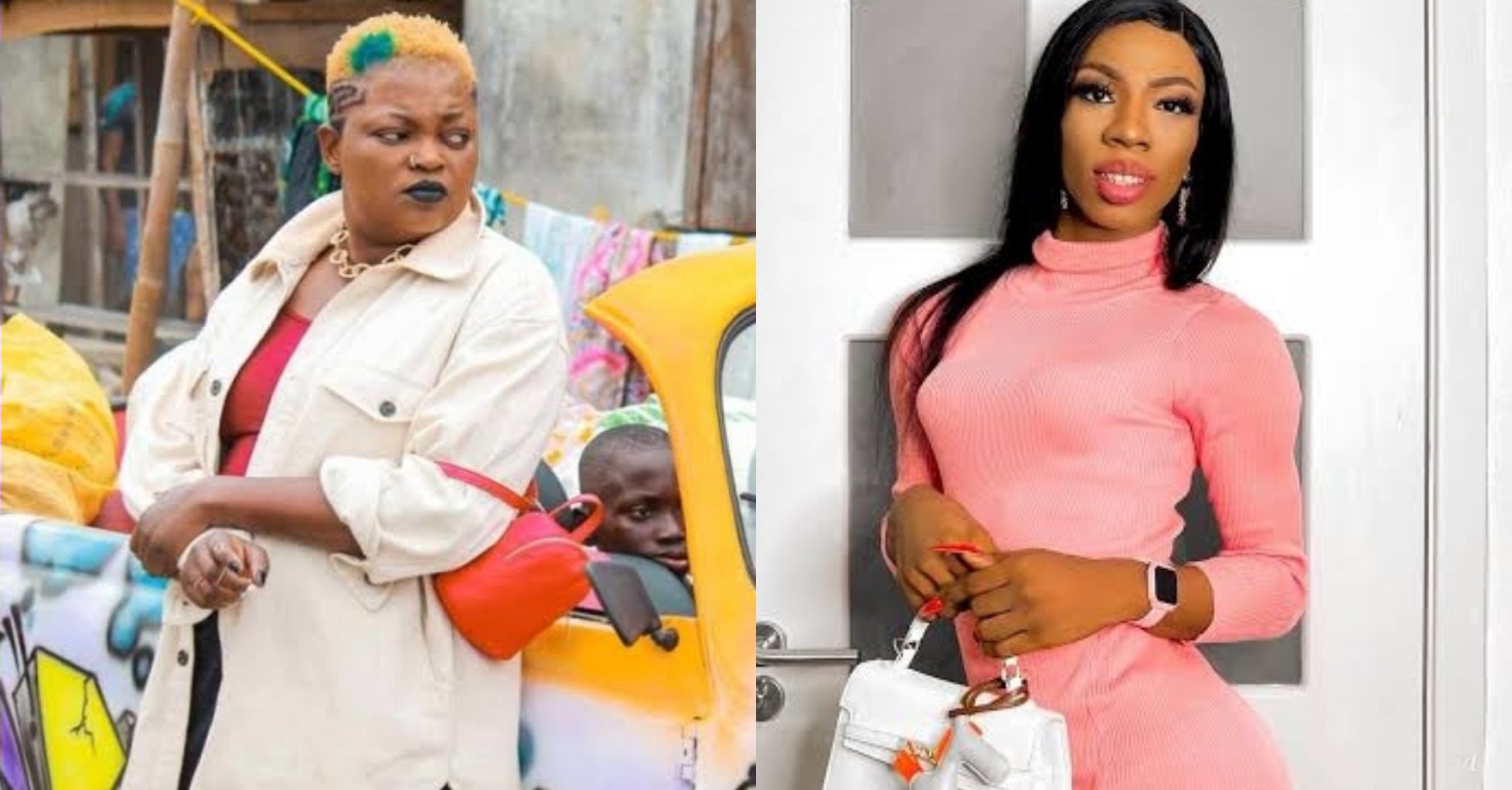 Funke and James amongst others, dazzled at the red carpet on Saturday for the Africa Magic Viewers Choice Awards.

In a clip making the rounds on social media, The duo were seen having a discussion during the AMVCA Awards Night when she asked him, “Princess of Africow, now what?”

The 23-year-old crossdresser replied that he is officially the “princess of London”.

In response,  the Omo Ghetto’ star who spoke in yoruba, joking slammed the Instagram celebrity by calling him a crazy fellow.

James, however told the 44-year-old Actress that the sole reason he changed his name was because of his education.