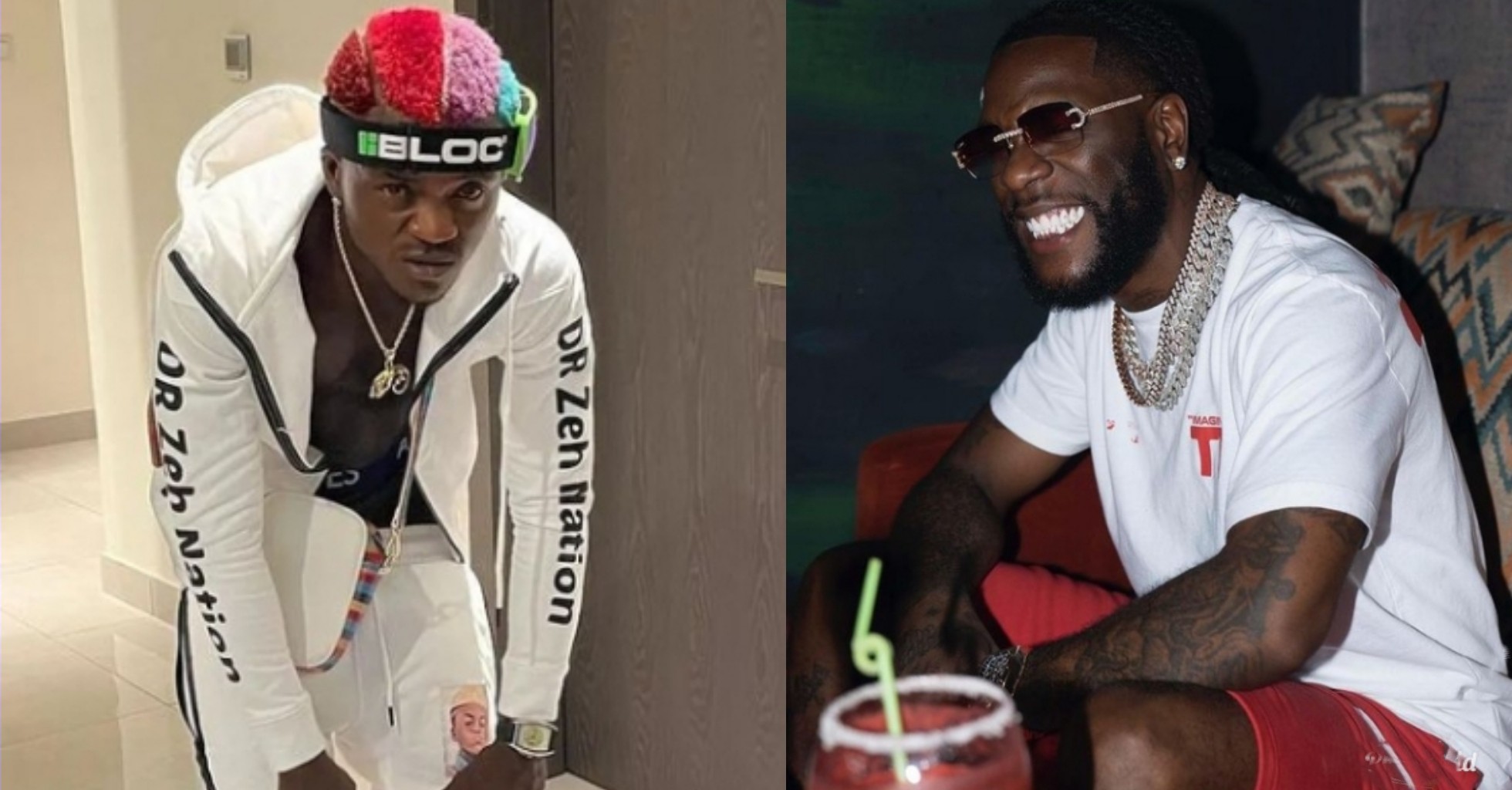 Controversial Nigerian Singer, Portable, has reacted after Grammy-winning artiste, Burna Boy expressed the deep desire to use him as the cover for his new album.

A photo recently made the rounds of Portable rocking what appeared to be either a graduation gown or a lawyer’s gown.

The Zazu crooner paired the outfit with matching black shoes, yellow sunglasses, a funny cap and his weird facial expression.

Burna Boy shared Portable’s photo on his official Twitter page and made his feelings about it known to fans.

According to the Last Last crooner, he would actually love it if the Portable’s photo is his Love, Damini album cover.

Reacting, Portable made a fresh appeal to the African Giant for them to work on a song together. 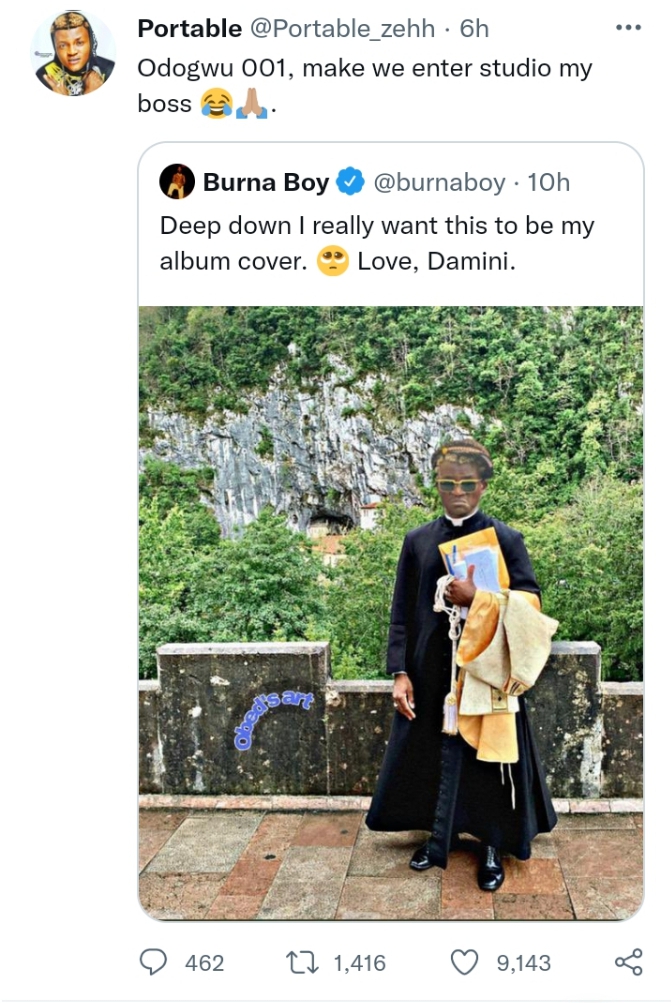