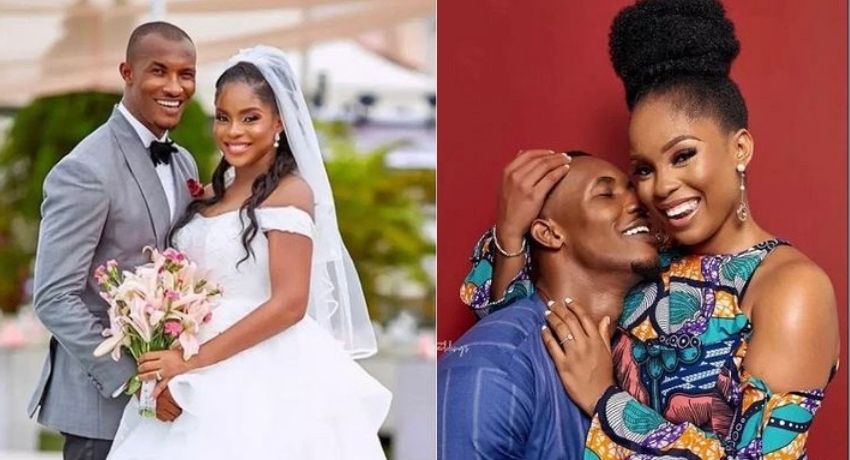 Actor Gideon Okeke and his wife, Chidera, are reportedly having a marital crisis.

The couple who got married in 2019, have unfollowed each other, deleted photos of themselves on Instagram, and ignored their wedding anniversary which was last month.

A look at Chidera’s page also shows she has removed Gideon’s surname.
Gideon Okeke and Chidera got married in 2019 at a star-studded wedding ceremony in Lagos.

Prior to their white wedding, the couple held their traditional wedding in December 2018. Their marriage had produced two kids.

His advice is coming hours after his embattled son, Benito opened a can of worms about the couple.

It seems that all is truly not well with the marriage of Nollywood actress, Funke Akindele and her producer husband, JJC Skillz, as JJC’s love child Benito, revealed this and more during a live session on his Instagram page. Read details here