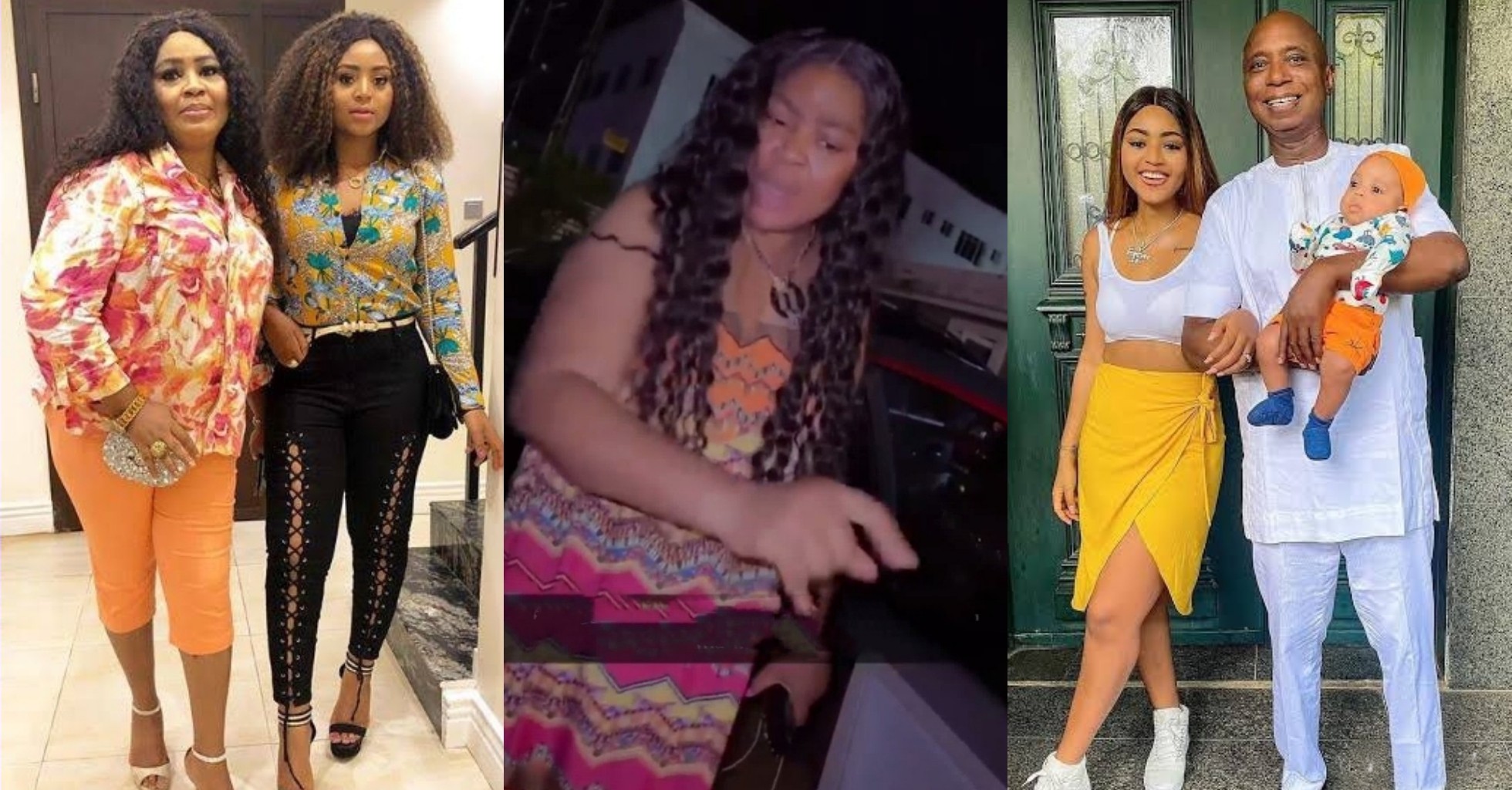 Just recently, Regina shared a series of videos where her mum called her out for taking her things without permission.

In the videos posted on her Instagram stories, The 21-year-old Movie star had been accused by her mum of stealing her clothes; a top, dress and leggings, a crime she later confessed to after arguing that there were no witnesses present at the crime scene.

“Can someone just tell my mum to stop insulting me”

Still on Regina Daniels, The Actress recently took to her official Instagram page to post a series of videos from her outing with Ned Nwoko.

In a clip, the couple visited a farm in Idumuje Ugboko, Delta State where Ned Nwoko humorously teased a female staff by saying that she isn’t married yet which caused them to burst into laughter. She also questioned her husband’s actions