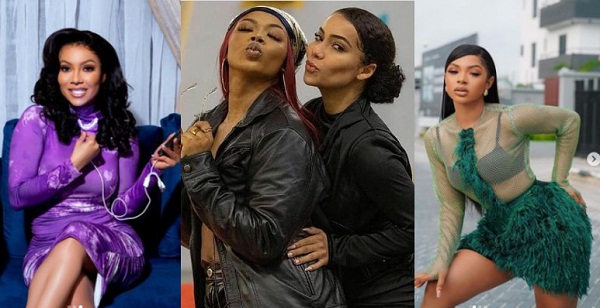 Former Housemate from the Big Brother Naija season 6 Shine Ya Eye show, Maria Benjamin Chike, has opened up about her relationship with Co-reality star, Liquorose.

Recall that while in the house, both ladies created a bond between themselves as they are seen by viewers as the best friends of last year’s Bbnaija show.

However, outside the house, the duo are not close as far as the fans of the reality show, who have followed them closely are concerned.

The ex-besties further fueled the speculations after they snubbed each other’s recent birthday parties.

In the latest video that has gone viral on social media, a fan asked Maria if she and Liquorose were still friends.

Maria, in her response, said they were cool as she added that their busy schedule was part of the reasons why they were no longer close.