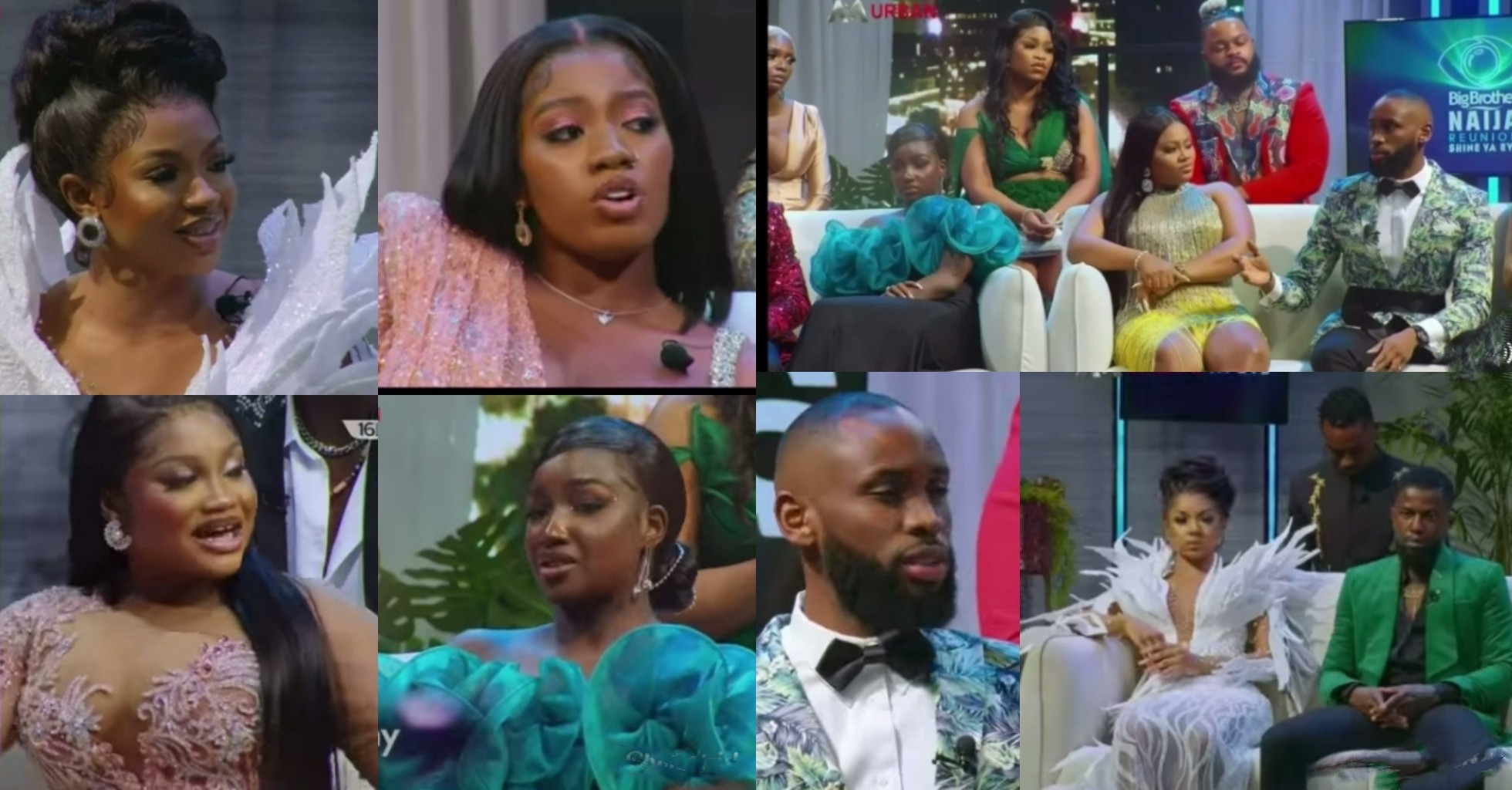 More Juicy content about the housemates have been revealed in the sixth episode of the BBNaija Reunion Show. Yesterday’s episode revolved around Emmanuel and Liquorose.

Check the highlights below

Liquorose and Emmanuel, who used to be one of the fans’ favorite couples of the Shine Ya Eye Season, gradually grew apart after they left the house.

During the reunion show, the duo made some revelations that left many viewers awe-struck.

Liquorose said the thing she saw that accentuated Emmanuel’s insincerity was the day she saw him in the shower with four other housemates.

Even though, she said she doesn’t have a vivid memory of the housemates that were in there with him but she mentioned Angel, JMK, Cross. Liquorose said she was pissed and that was also a defining moment for her in the house.

Also, they touched on how their relationship went south outside the house.

The chasm between the duo became evident when Emmanuel refused to show up at Liquorose’s birthday party.

His absence from the party raised many eye brows, as many of their fans wonder why. Regardless of the numerous questions raised by their curious fans, the duo did not address what happened between them. Hence, the fans waited patiently for the reunion show.

Angel, JMK and Saskay vs Emmanuel

During the reunion show, A short video clip of Emma with Angel was shared during the show, and they were spotted flirting.

Angel revealed that Emmanuel flirted with most of the female housemates, including her and Emma didn’t acknowledge that he flirted in the house.

The show host, Ebuka asked Saskay, and JMK about their experiences with him.

JMK confirmed that he flirted with her, a statement that Emma wasn’t happy with. He confronted her and she said, flirting is not a bad thing and can be a compliment.

Conversations about Emmanuel flirting with other girls didn’t go well with Liquorose as she stated severally that she still loves him but Emmanuel is not reciprocating the connection and that’s why their ship is not sailing well.

Emmanuel went on a date with Saskay – Liquorose

Coming out from the house, Emmanuel and Liquorose still had a ‘thing’ going on between them, until things suddenly took a different turn.

It became known in the BBNaija World that something was definitely off between them. However, nobody knew exactly what it was. There were speculations, rumors, accusations flying up and down but many people have waited patiently for the Reunion to hear what actually happened from the duo.

When Ebuka asked why they drifted apart outside the house, Emmanuel said: “honestly, I can’t exactly pin point, I just felt like we started drifting away.”

He added that Liquorose complained multiple times that he did certain things that weren’t nice and she didn’t like the way they reacted about it.

“It happened once, twice and I was like, okay, I’m not liking what’s going us between us. If I am doing certain things that I know I wouldn’t want to do to hurt you but it’s making you feel way. Then, I would rather back away and let you focus on what you want to do because she is very talented and hardworking.” –he said.

Emmanuel said, thereafter, he tried to contact Liquorose but she did not respond to his calls. He added that Liquorose also complained that he went on a date with Saskay, which he claimed wasn’t exactly a date. As a result, they grew apart and he did not attend her birthday party.

From her own end, Liquorose said Emmanuel’s reason for their growing apart wasn’t true. She said what actually happened was that she walked in on Emmanuel with another girl in his hotel in Dubai.