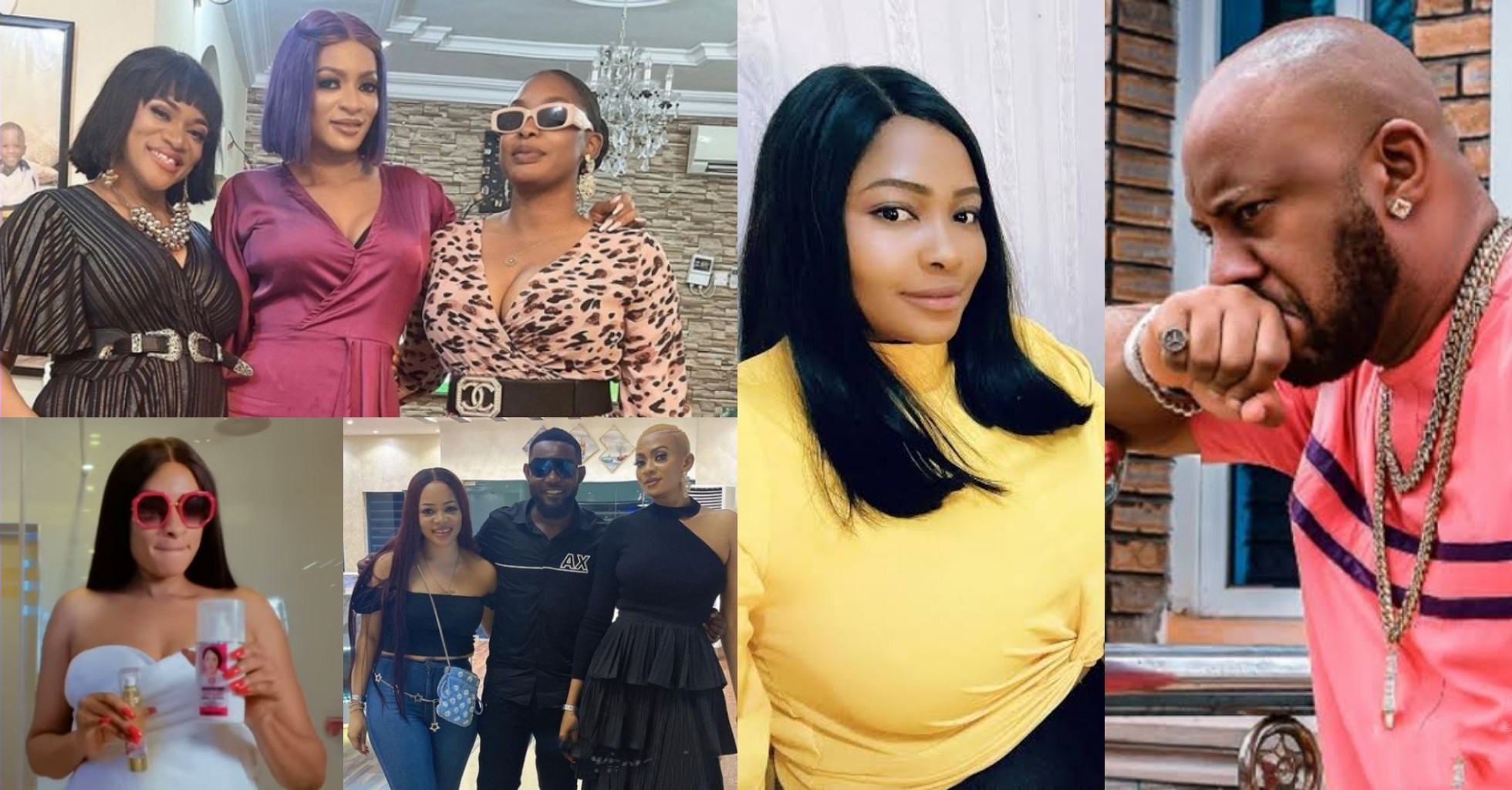 Popular Nigerian Actress Sonia Ogiri has advised married men on not to take their wives’ meekness for foolishness using example of Yul Edochie’s first wife, May, who now appears to be enjoying her life on social media.

The movie star penned down an open letter to married men on social media via her Instagram story where she shared interesting points.

Sonia reteirated that married women only keep things cool out of respect for their husbands and because of their kids. She added that things are not over for women after they marry.

According to her, married women see things on social media and might get tempted by the streets.

Sonia added that many men are going to value what her husband could not protect and it is like a case of a dog who has been freed from its cage. 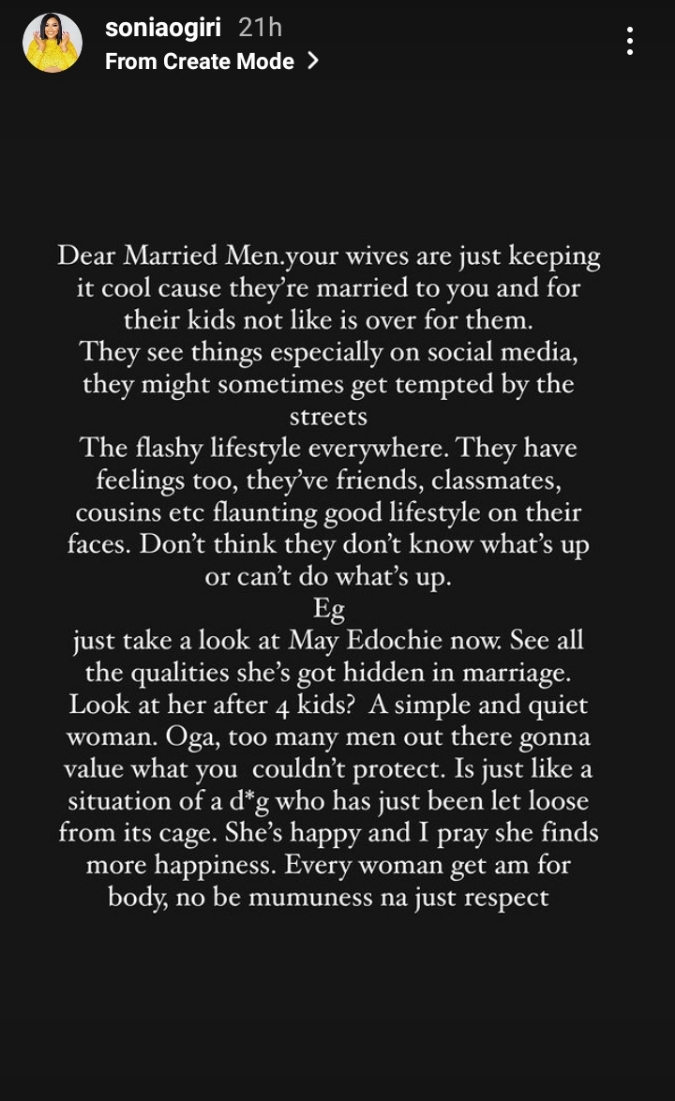 After the Yul’s second marriage to, Judy, caused an uproar on social media, May has succeeded in maintaining a happy front for her kids.

The mother of four has shared snaps of herself with Celebrities like Ay Makun, Nuella Njubigbo, looking glammed up at events.