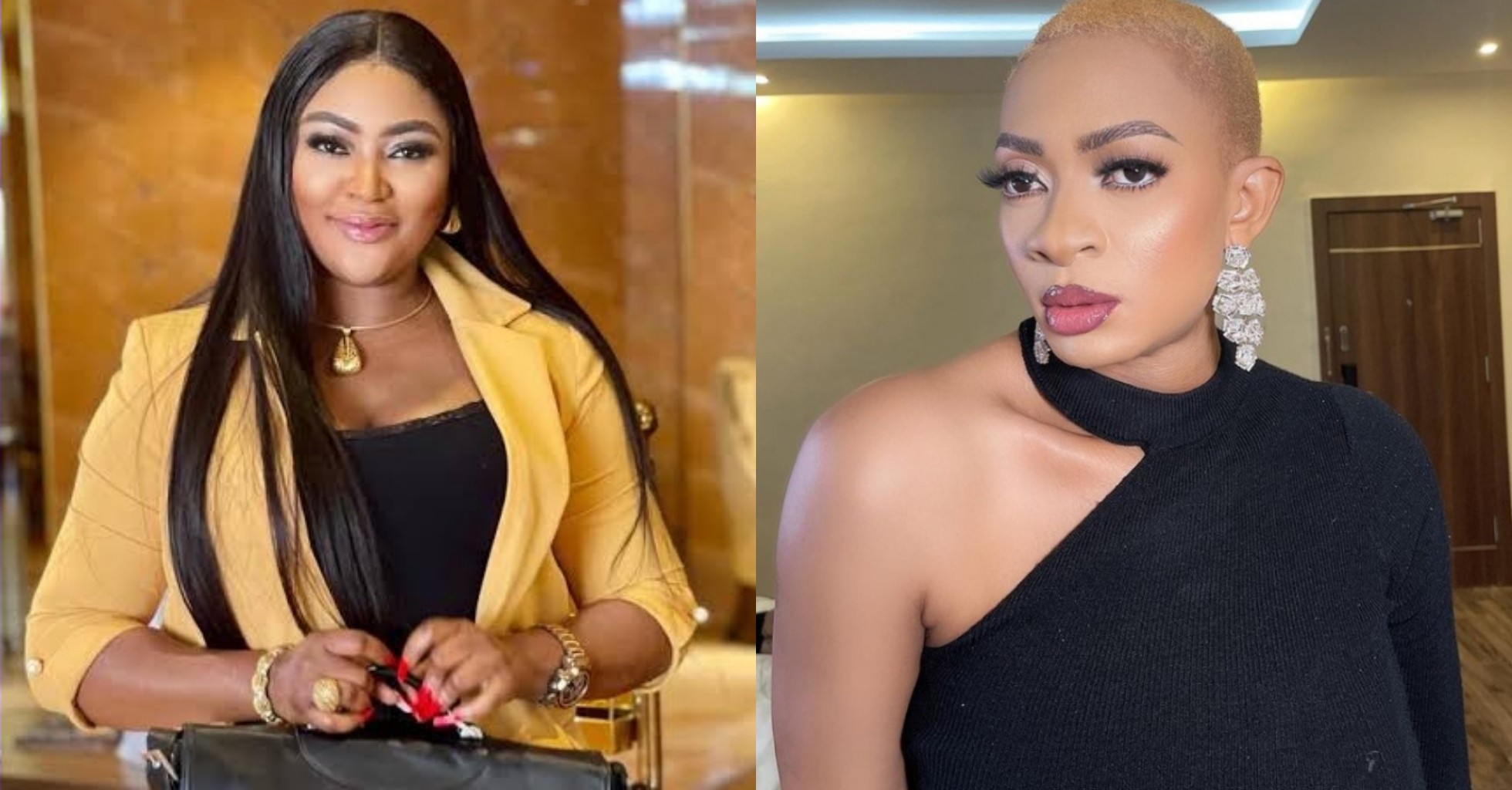 Nollywood Actress, Uche Elendu was caught clashing with fans who dragged her and misconstrued her comment on May Edochie’s ad campaign. 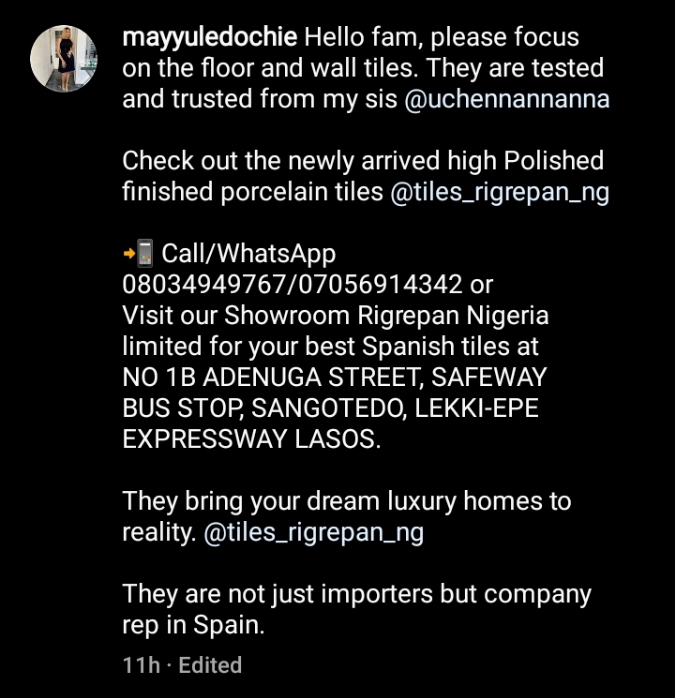 May’s post caught Uche Elendu’s attention, as she took to her comment section and wrote “Number one”.

Reacting, Some fans assumed Uche was referring to May as Yul Edochie’s undisputed number one following his controversial marriage to Actress, Judy Austin.

Angered by their responses, Uche claimed her ‘number one’ comment isn’t about May’s marriage, the actress said she was referring to the brand she advertised on her page. 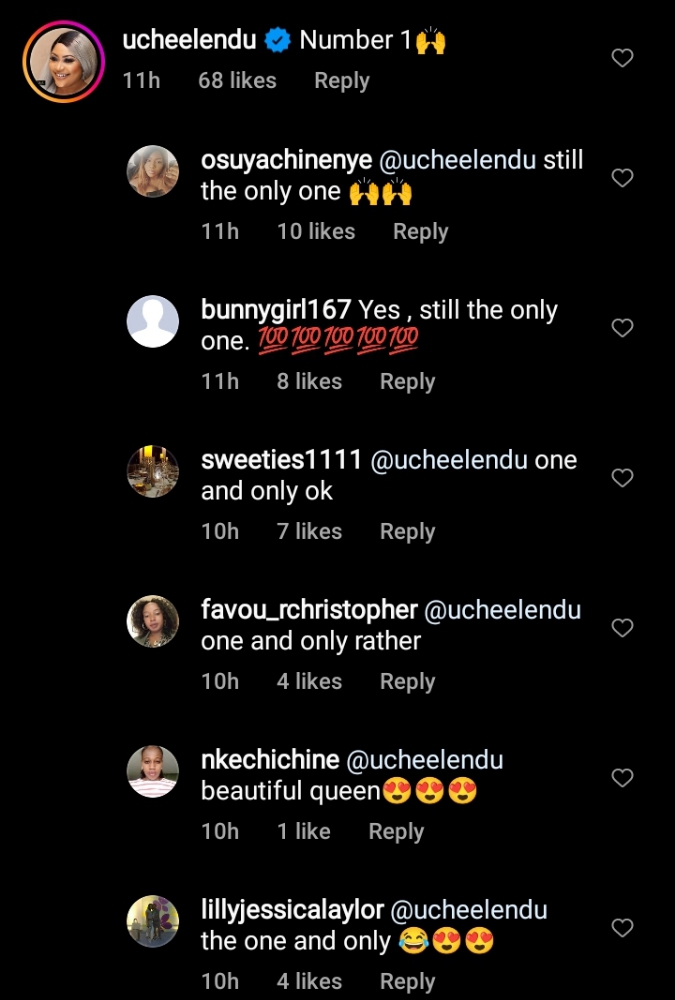 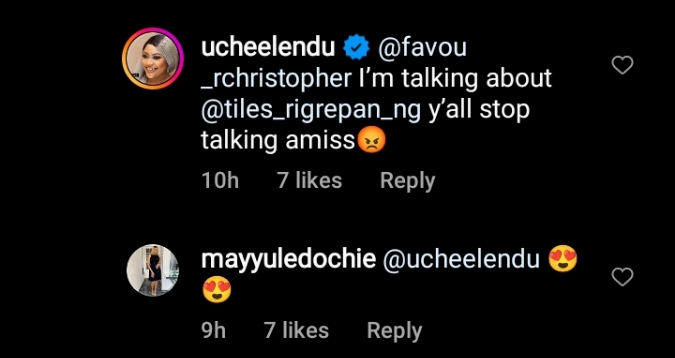 Not stopping there, another fan who misconstrued her comment, tackled Uche for linking May with Yul despite the Actor’s betrayal. 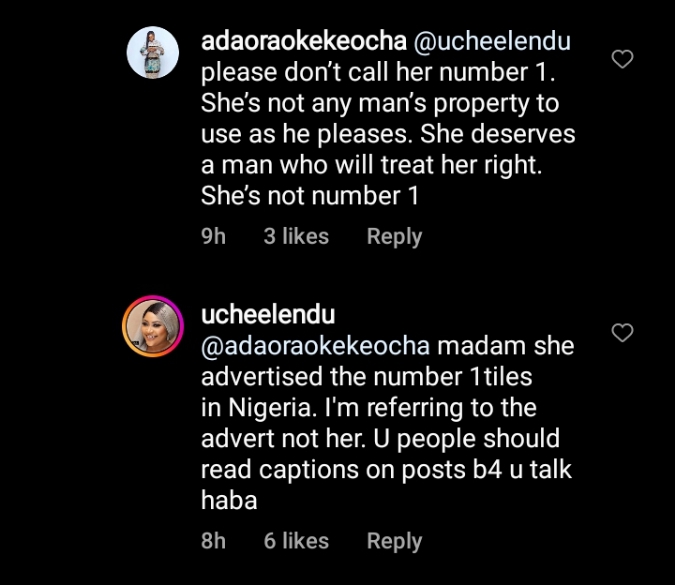