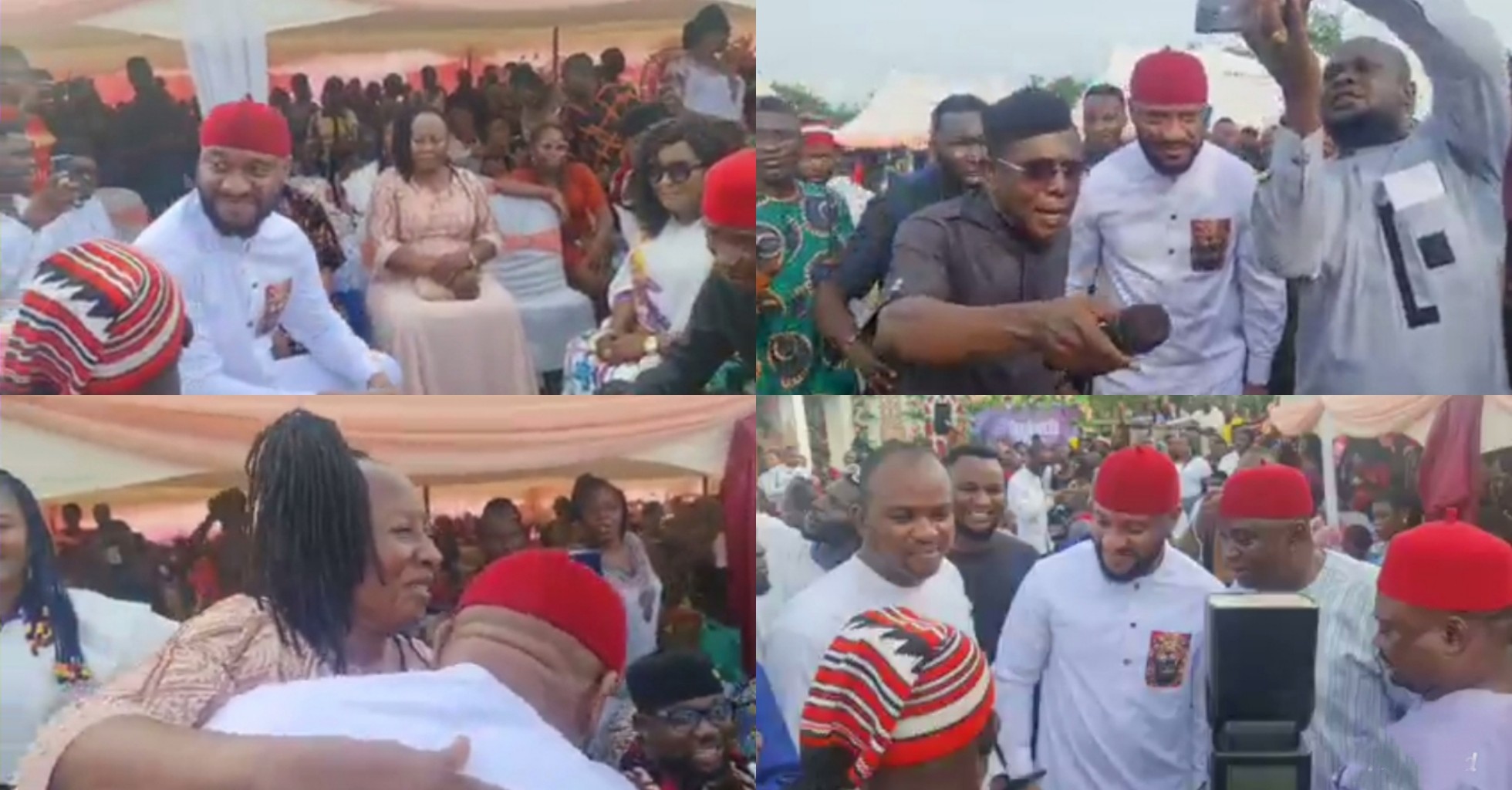 Nollywood Actor Yul Edochie recently took to his social media page to talk about the huge reception he got from fans and Colleagues at a wedding ceremony.

It would be recalled that Yul’s news of taking a second wife met many by surprise and the movie star has been at receiving end of massive criticism.

A couple of minutes ago, The father of five took to his Facebook page to share video of the moment he was treated like a King at an event amid backlash trailing his new marriage.

In the video, he was being surrounded by the crowd who went towards him to catch a glimpse of the prominent actor.

Other Nollywood Veterans like Patience Ozokwo, Nkem Owoh, Ebele Okaro and others were also captured exchanging pleasantries with Yul.

In the caption of his Facebook post, the actor expressed appreciation to everyone that welcomed him and noted that he won’t take their love and support for granted.

“If you’re privileged to have this kind of love from the people, never take it for granted” 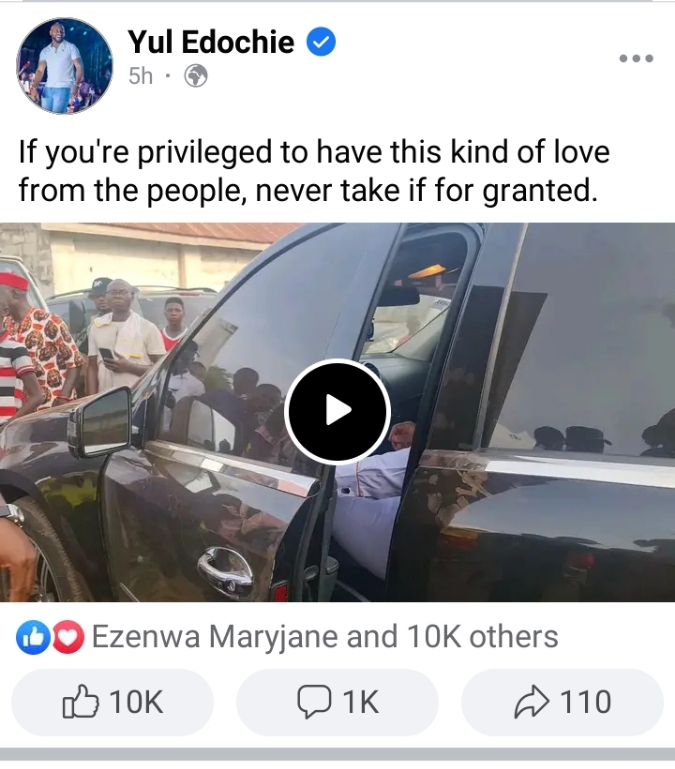