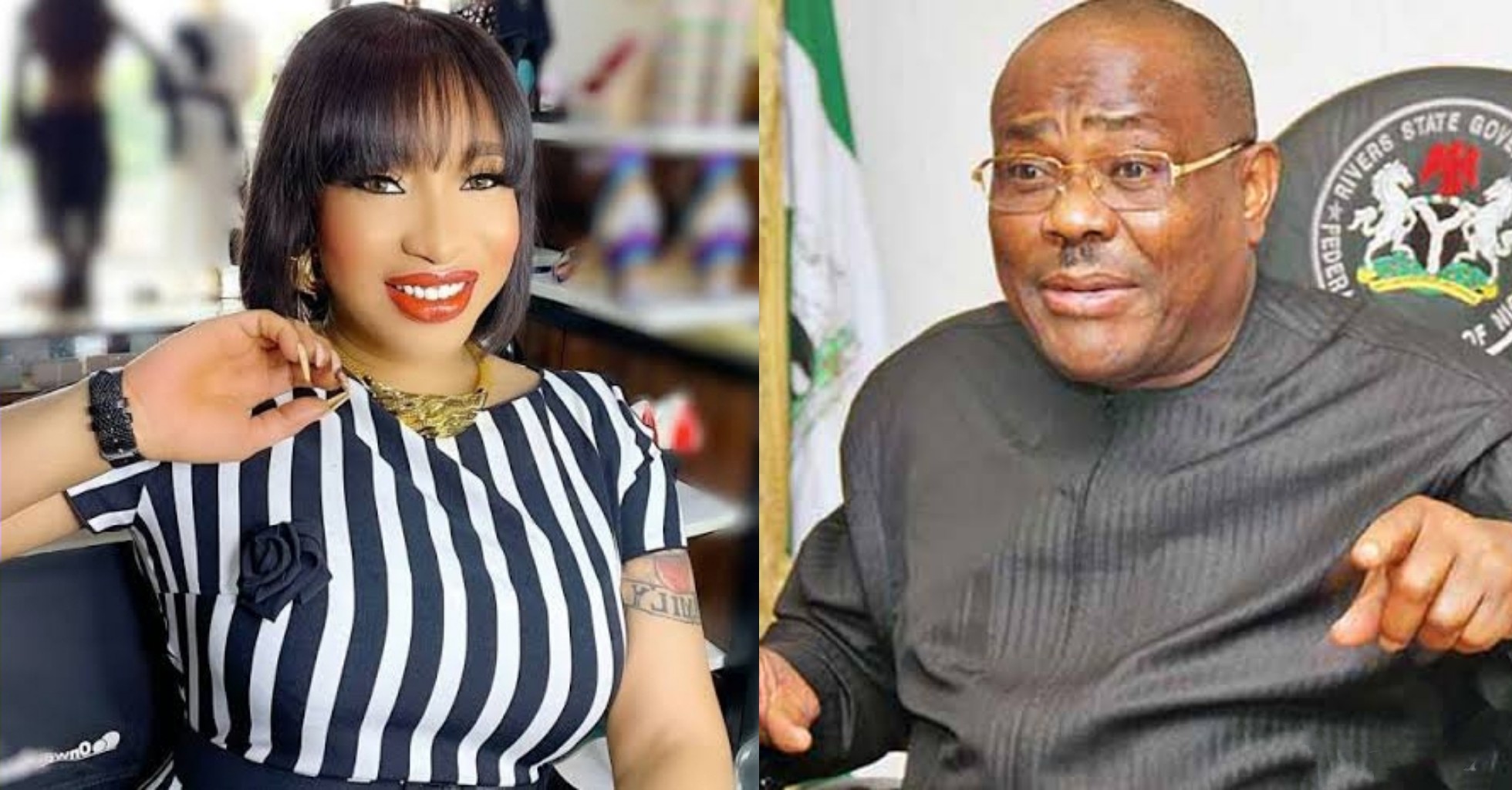 Speaking on TVC, during a current affairs program, ‘Your View,’ Tonto said Wike is the number one citizen in Rivers State who has a personal relationship with her father.

Questioned on if the governor has been supporting her political ambition, Tonto Dikeh said he has never been supportive, and it’s not a problem to her.

The mother of one added that she doesn’t take the action of Wike personally because he is not aware of what she is capable of doing.

“He’s our number citizen, and I do believe he has a personal relationship with my father and my family, some people might say he’s my uncle but I’ll just say he’s the number citizen in Rivers state.”

“He has never been supportive to me in any form or way, but that is not a problem because It Is The People Who Know You That Will Ignore That You Can Shine. Until other people support you and for you to grow. I don’t take it personally, he doesn’t just know what I’m capable of doing.”