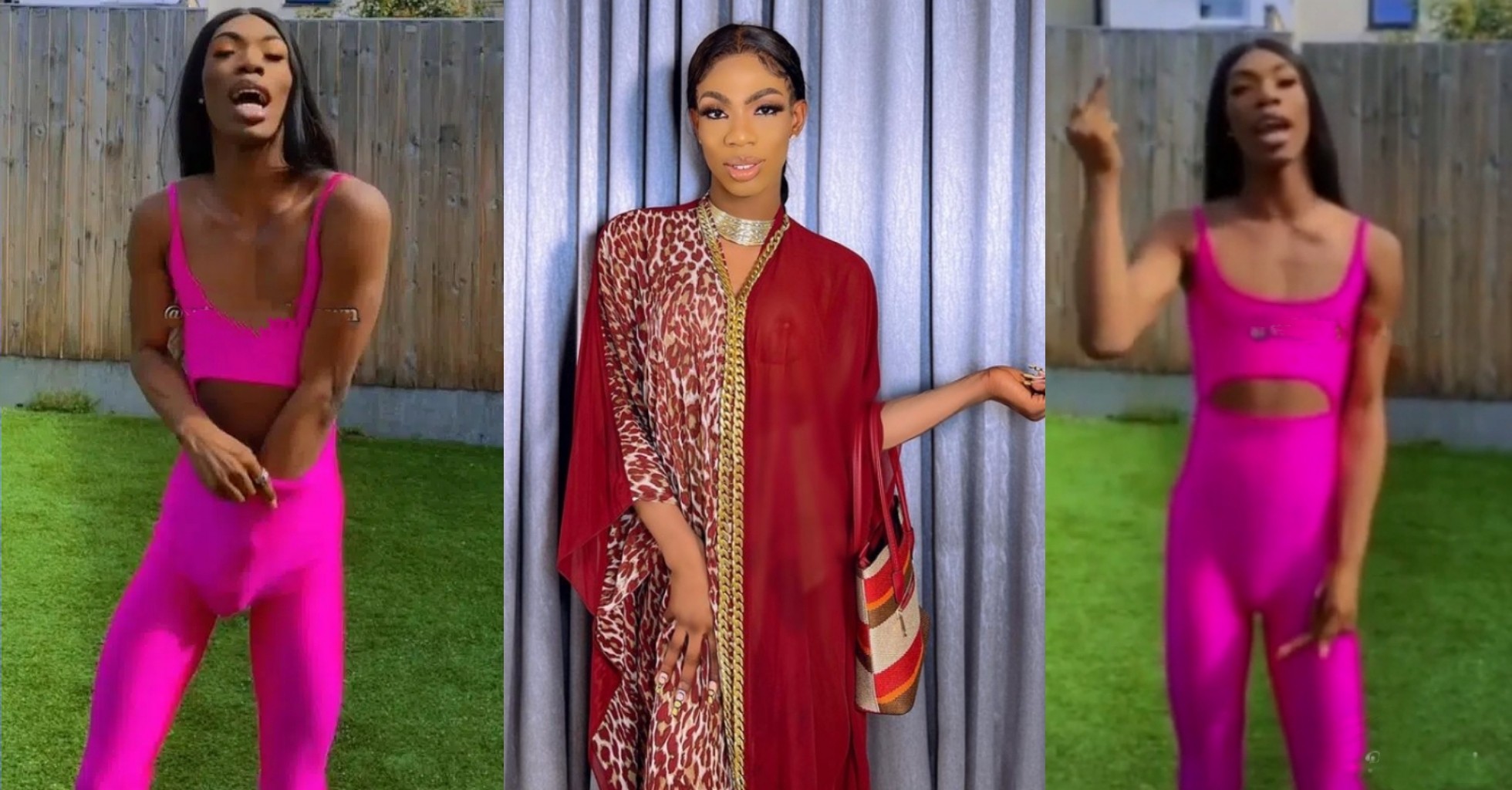 Controversial Nigerian crossdresser, James Brown, schools a fan of his who questioned about his womanhood and also the possibility of a monthly cycle.

The Brand influencer in a series of videos insisted on being a woman which triggered fans to quiz his womanhood.

James Brown took to Instagram page, to emphasize his gender while revealing what he called proof to those who disbelief him.

Reaching for his underwear, the self-acclaimed Princess of Africow pulled out a tampon, one which he claims to use for his monthly flows.

Speaking on TVC, during a current affairs program, ‘Your View,’ Tonto said Wike is the number one citizen in Rivers State who has a personal relationship with her father.