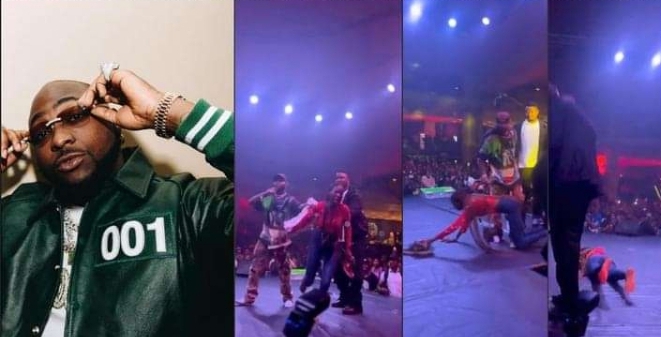 Afrobeat star, David Adeleke, popularly known as Davido, has shown love to a female fan at a Lagos event, as he gifted her his shoes and N2 million naira.

The Nigerian singer took a break from his US tour and visited Nigeria just before he continues with the Europe leg of his tour.

During his performance on stage at Infinity VIP concert in Lagos on Monday night, Davido changed the story of a lady as he brought her on stage to perform his hit song, Stand Strong.

The OBO Crooner took the lady by surprise as he gifted her his shoes.

However, that was not the only treat he had for her. Just as the fan was about to leave the stage, Davido called on his lawyer, Bobo Ajudua, to give her N2 million.