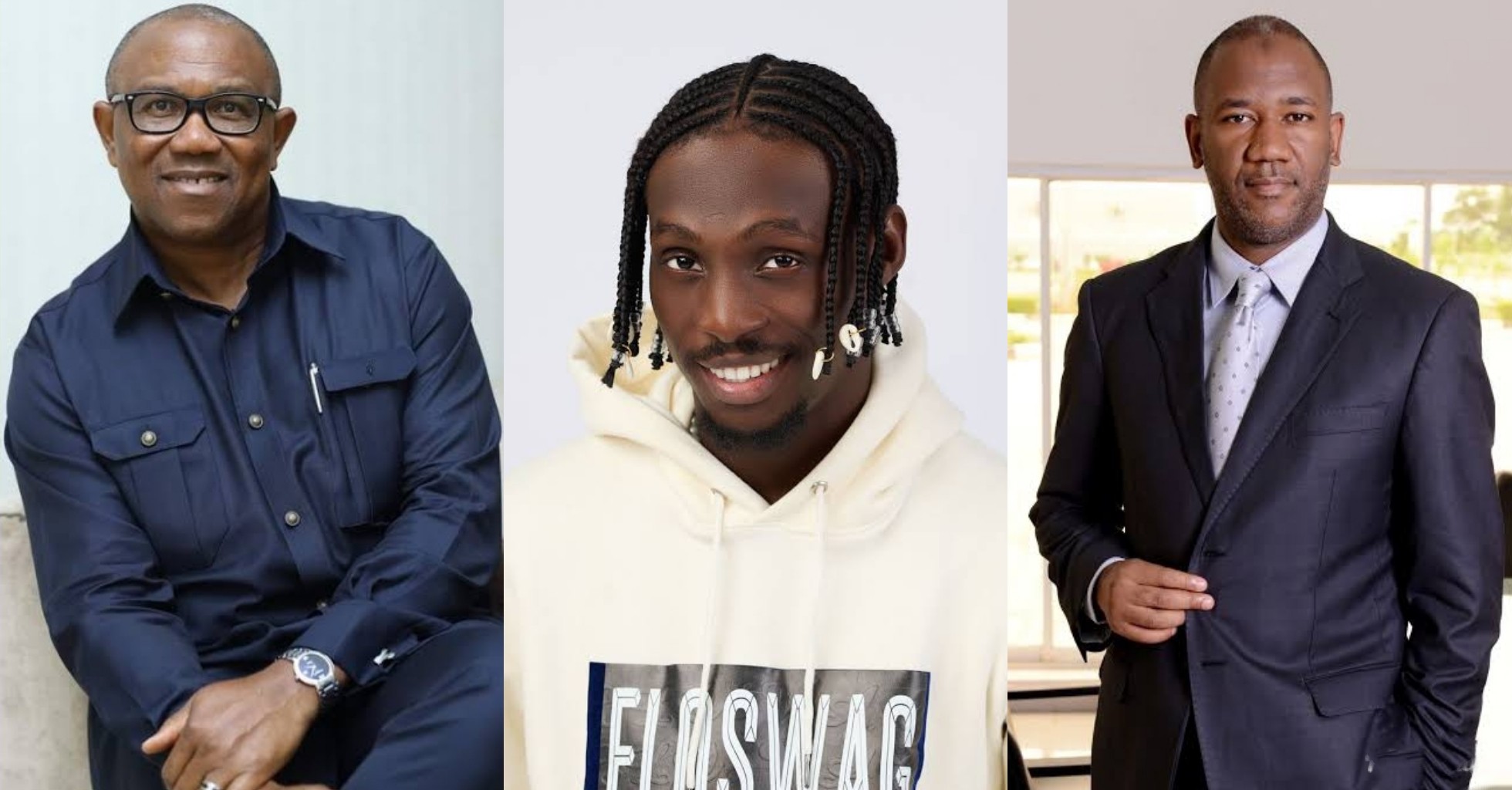 BBNaija: Peter Obi’s supporters vow to vote for Eloswag after his campaign for Labour party in Biggie’s house

Supporters of Presidential aspirant, Peter Obi have identified who they will support in the ongoing reality show, Big Brother Naija.

Level 1 housemate, Eloka Paul Nwamu, famous as Eloswag, started trending after photo of him wearing a hoodie with the inscription ‘Be Obedient and Useful’ was shared on Twitter. 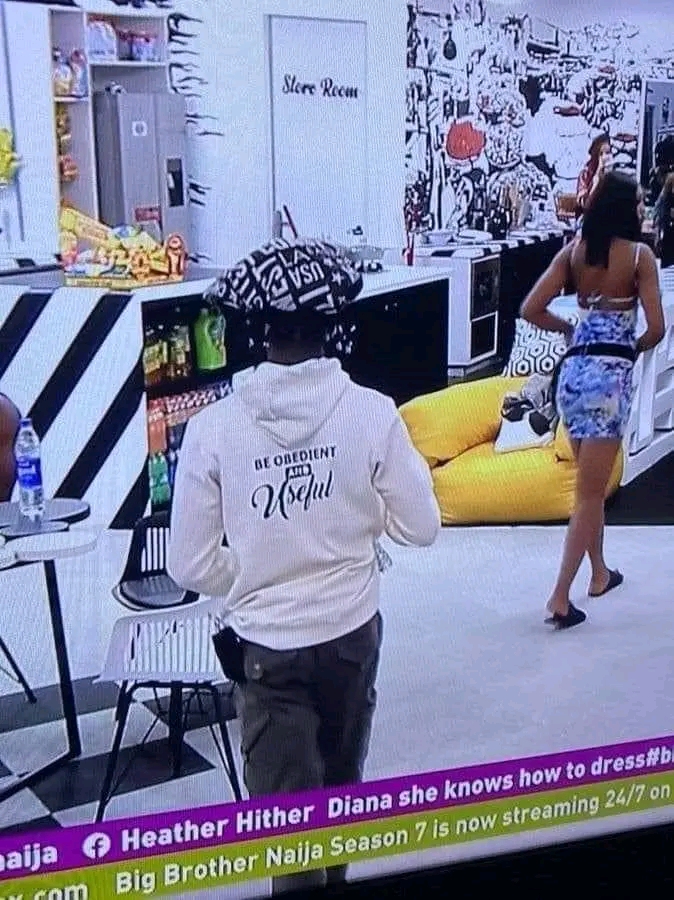 The words are regularly used by Labour Party (LP) supporters as a way to campaign for Obi and his running mate, Yusuf Datti Baba-Ahmed.

After the photo of the reality star wearing the customised sweater hit the internet, many claimed the housemate was campaigning for Labour Party and Obi’s supporters have started mobilising support for him. 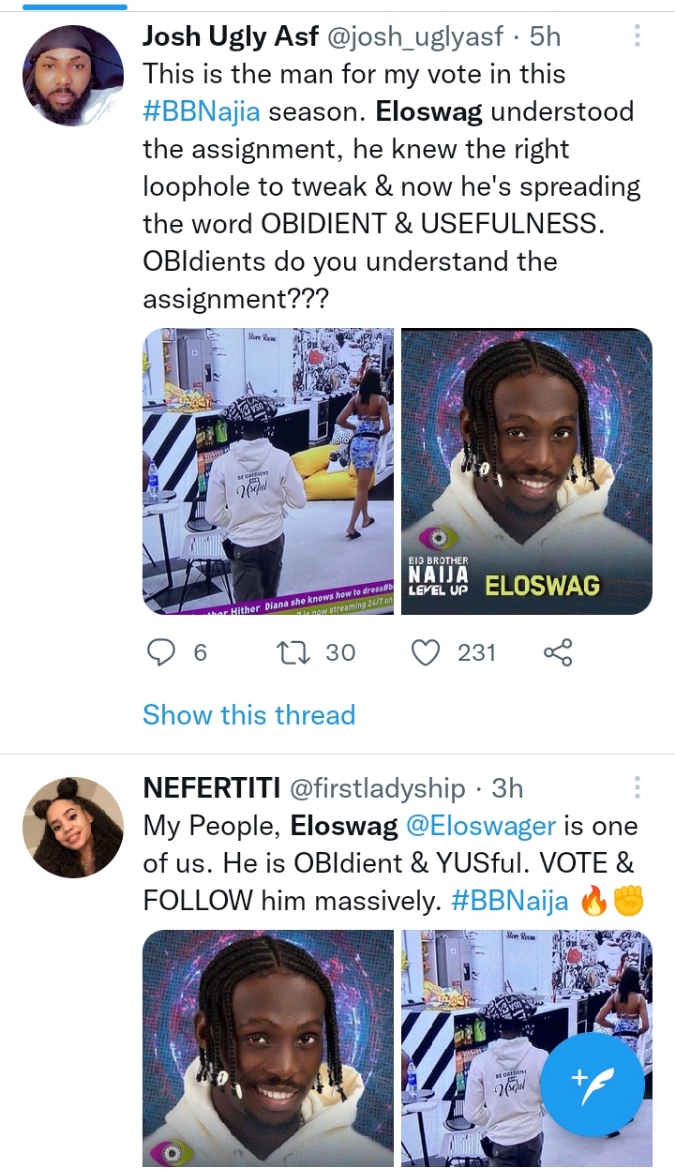 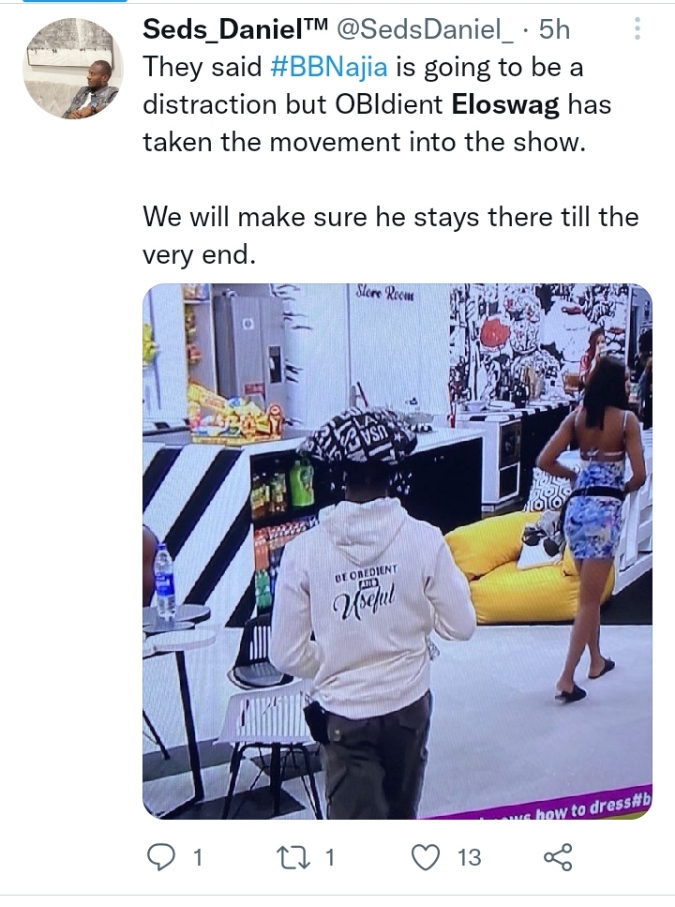 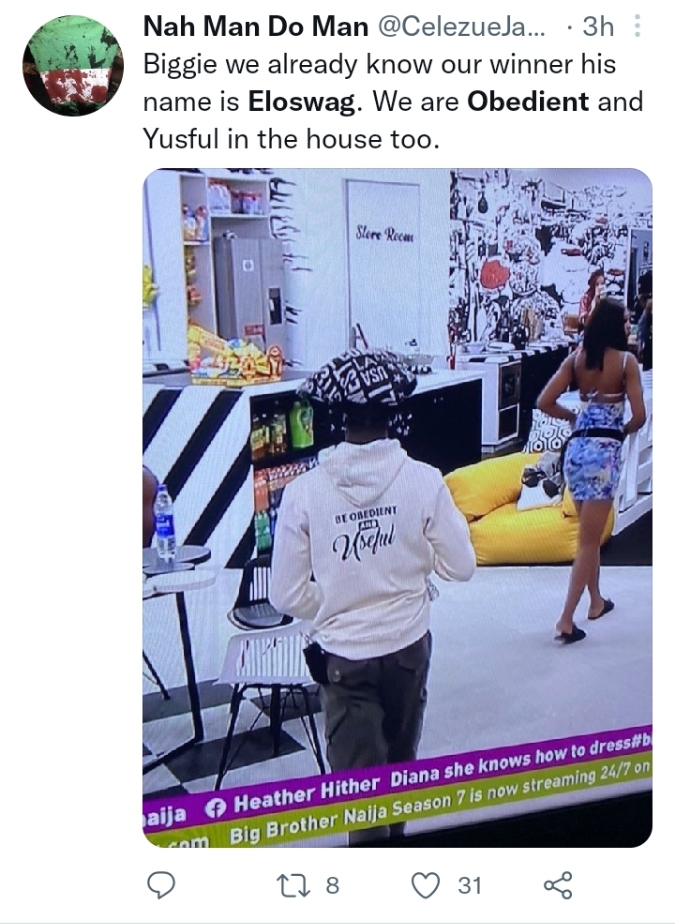