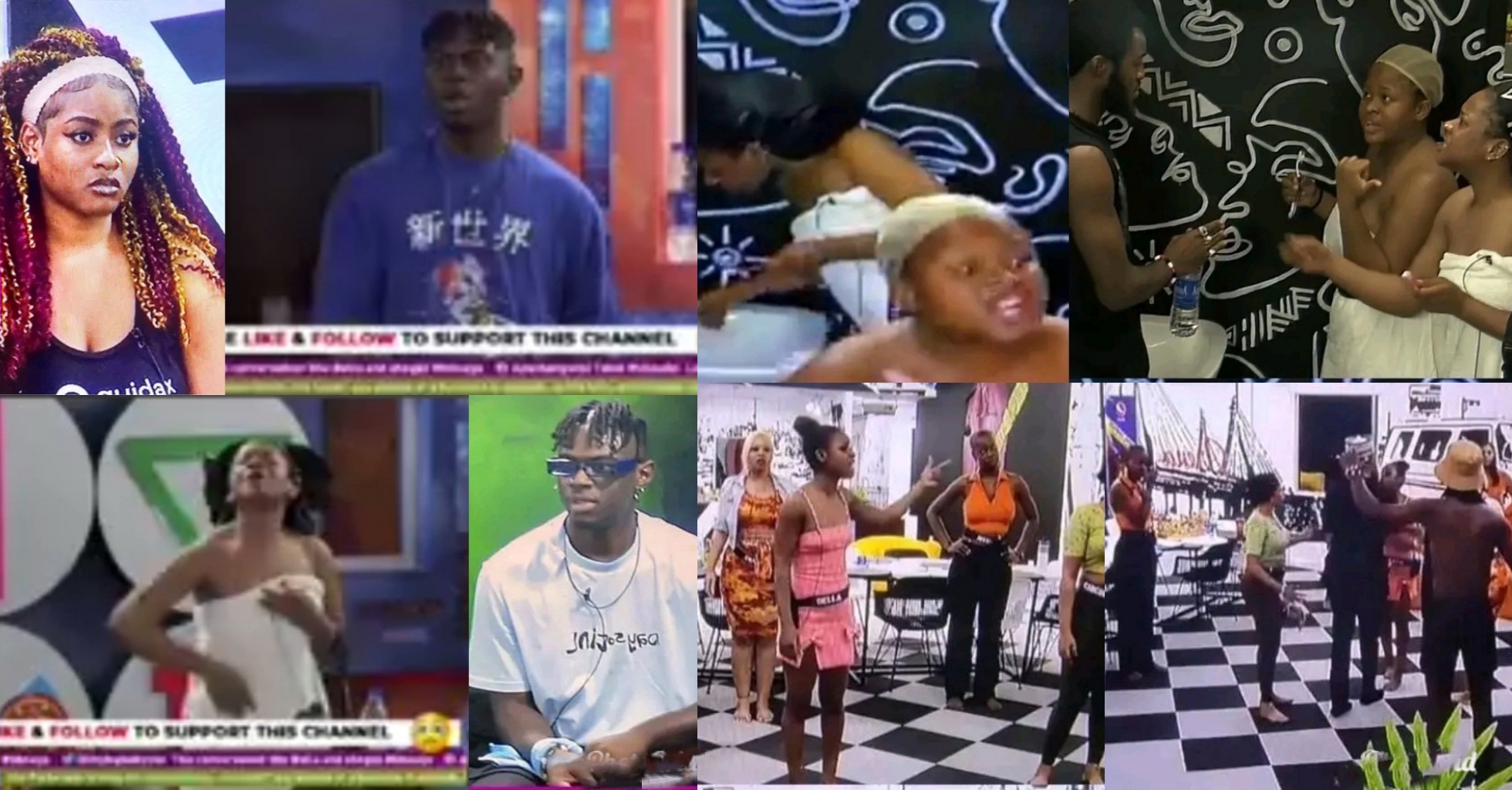 The Big Brother Naija (Naija) season 7 is finally clicking into gear and the “vawulence” people actually subscribed to watch on the show went down few hours ago as multiple housemates all got involved in a fight.

The brouhaha started when Bryann and Phyna had a misunderstanding over their group activities in the morning.

Phyna, who was on a towel lambasted Bryann for calling her input as stupid which triggered the former to call the other names.

“You are a stupid boy; there’s nothing in your head; useless entity,” she cried out

During the heat of the argument Amaka, however, swung into action to back Phyna as the other housemates get involved in the disagreement.

Another video captured Khalid following Amaka to the bathroom to continue the discussion which escalated into another disagreement between them.

An argument ensued between Hermes and Bella as the level 1 housemates prepare for the wager task.

The task which involved producing a creative piece for task presentation on Friday, saw the head of house, dishing out instructions to the housemates on how to carry out the task as instructed by Biggie.

Hermes who felt the housemates are not putting in enough efforts into the task, lashed out at them.

Bella wasn’t pleased with the manner the HOH spoke to them and slammed him for raising his voice at them.