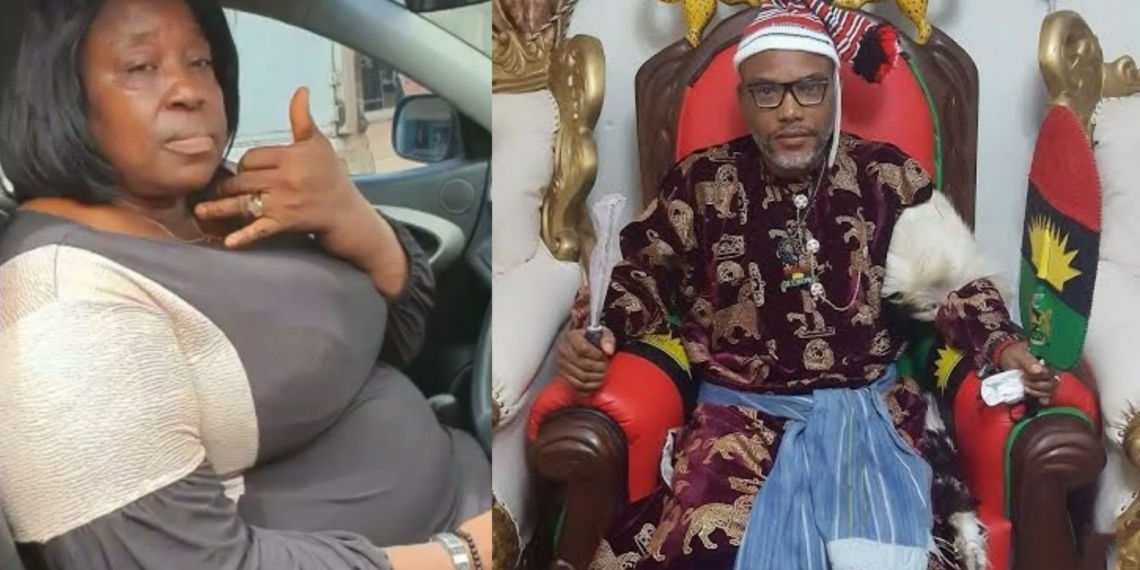 Freed Nollywood Veteran Cynthia Okereke, has revealed what her abductors told her while she was in captivity.

The Actors Guild of Nigerian (AGN), in a statement on Wednesday, August 3, confirmed the release of kidnapped actors Cynthia Okereke and Clemson Cornel Agbogidi.

Cynthia in a video sighted online affirmed that she was indeed the one speaking and exalted God for his mercy over her release.

In a new interview with The PUNCH’s Sunday Scoop, Okereke said the kidnappers told her that Nollywood doesn’t support Nnamdi Kanu – founder of the Indigenous People of Biafra (IPOB) – in his fight for the realisation of Biafra.

“They said Nollywood is not supporting Nnamdi Kanu (founder of the Indigenous People of Biafra), that we should come out en masse to support him. According to them, ‘Kanu is fighting for every one (Igbo people).”

The actress also stated that her abduction was a mistake as she was not the original target of the kidnappers.

“They told me I was not the one they were looking for. They stated that since they could not get who they originally wanted, they had to take me. It was a coincidence.”

Commenting on the reported $100,000 ransom by , the actress said, a ransom was paid to secure her release.

Asked how much she parted with to regain freedom, Okereke said,

Narrating her ordeal in the kidnappers’ den, she said,

“They did not give me anything. For the first two days I was there, I was not given any food. It was on the third day they gave me milk and a malt drink. Because my stomach was empty, I knew that I would vomit if I took it, so I declined.”

On how they were transported to the criminal’s lair, the actress said,

“We were wrapped with a trampoline and taken to an unknown destination. It was the following morning that one of them asked me if I know where I was. I said I didn’t no, and told me we were in Ebonyi State.”