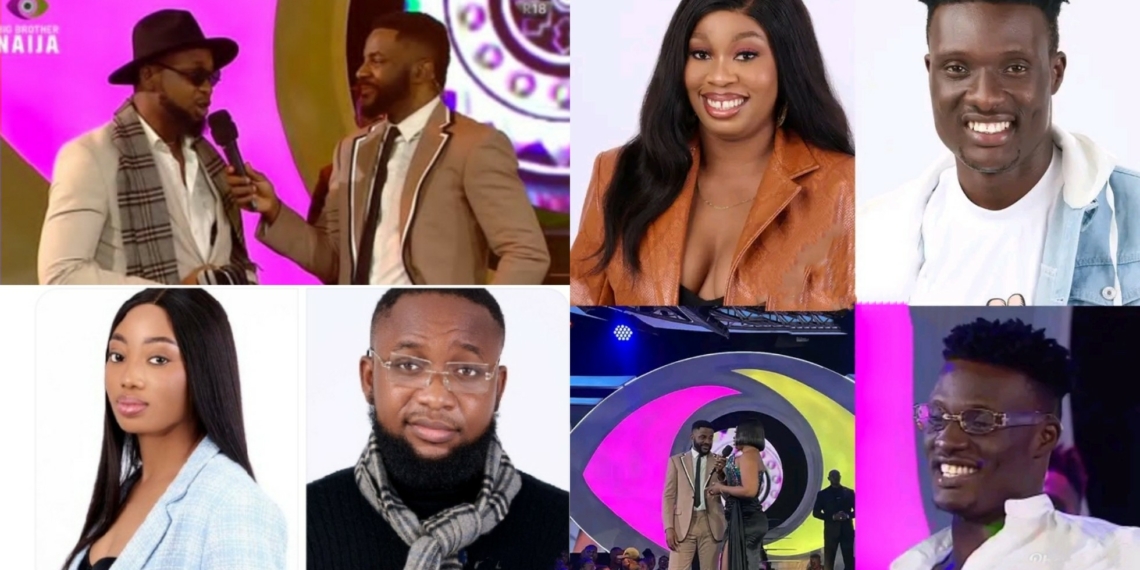 Level up housemates, Christy O and Cyph have been evicted from the 2022 Big Brother Nigeria (BBNaija) reality TV show after polling the lowest votes from viewers and voters.

During the week, Biggie had asked Hermes, the head of the house (HoH), to nominate five housemates for possible eviction.

Cyph and Christy O were sent packing from the ‘Level Up’ edition during the live eviction show on Sunday.

The result of the poll has been shared online, Khalid accumulated 18%, Cyph 15% and Christy O 9%.

SEE VIDEO AND PHOTO BELOW 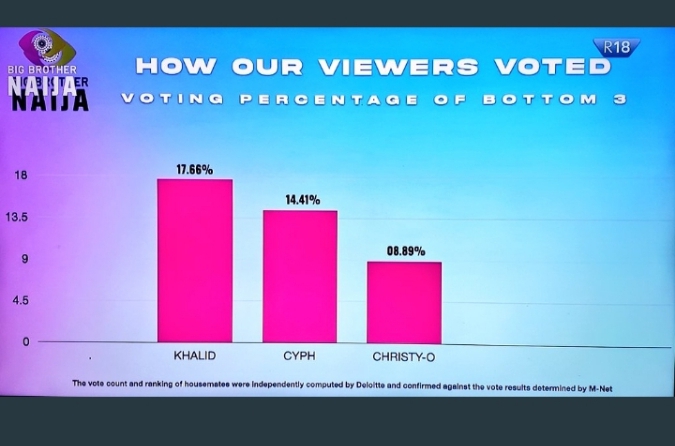 In a new twist, Biggie has introduced two more housemates, Chizzy and Rachel to spice the show up as the Level-Up contestants cruise through the third week on the show.

This shocking development came right after Beauty’s sudden disqualification for breaking Biggie’s rules in the house.

Unknown to others, Chizzy and Rachel are riders aka Biggie’s agents, this means they can be nominated but won’t go anywhere until the last day.

Housemate 28, Rachel was ushered onto the stage amidst shouts from excited live viewers. She revealed that she is excited to be on the show and she is going to play the game. Level 1 housemates welcomed her into the house.

Chizzy showed off his dance steps onto the stage to Ebuka. According to him, ‘no be who first start the race dey win’. He was welcomed by Level 2 housemates.