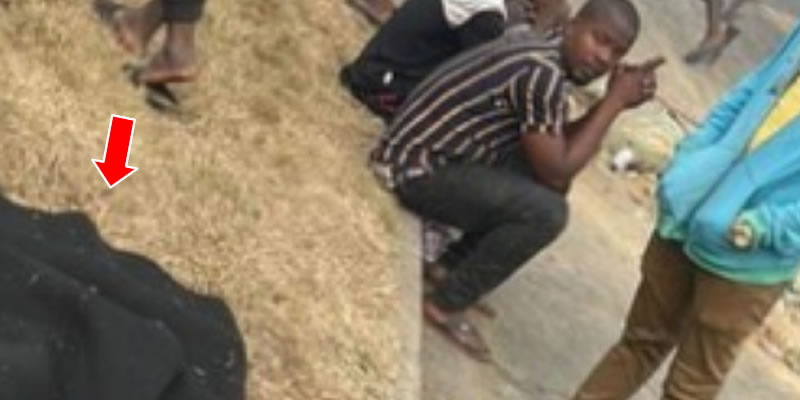 Some truck drivers have blocked the road leading to the airport situated in Port Harcourt to protest the alleged killing of their colleague by soldier over N200.

According to the aggrieved truck drivers, the incident happened on Friday night, February 19.

Recalling how they joined Nigerian youths in fighting against security operatives’ brutality, the truck drivers stated that it’s disheartening that such things are still happening.

They also stated that the soldier committed the said offence knowing fully well that the goods that were being conveyed had been cleared and approved by the government.

The truck drivers who cried out for justice, stated that they will only leave the road when government intervenes.

In other news, WITHIN NIGERIA reported that the Nigeria Police has been ordered by the Rivers State High Court sitting in Port Harcourt to pay N50 million compensation to the family of Daniel Chibuike-Ikeagwuchi, popularly called Sleek who was killed by policemen in the state.

Recall that Sleek was reportedly shot dead on Saturday, September 19, 2020, by a mobile police officer attached to De Topic supermarket while he was being chased by SARS operatives.

WITHIN NIGERIA learnt that Sleek’s family had approached the court to seek justice for their son whose life was cut short.