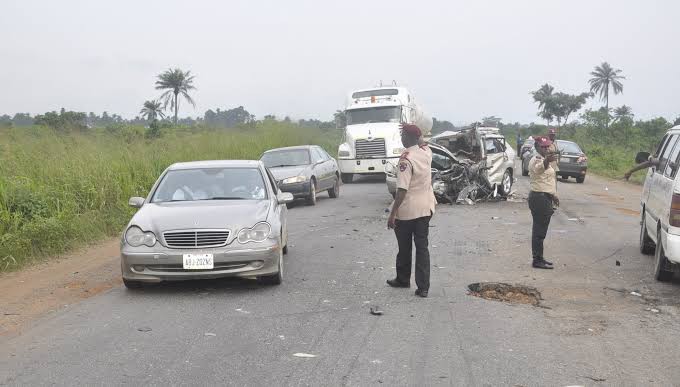 Two persons have been confirmed dead while six others sustained injuries in an auto crash involving a Toyota Picnic minibus at Asukuya on the Gboko-Makurdi road on Saturday.

The FRSC Sector Commander in Benue, Mr Aliyu Baba, told newsmen in Makurdi that 10 persons were involved in the accident.

Baba said those who sustained injuries were taken to a nearby hospital for treatment.

He explained further that the bus had a tyre burst, causing the driver to lose total control.

However, the sector commander advised road users to always be conscious while driving and to obey all driving rules and regulations.