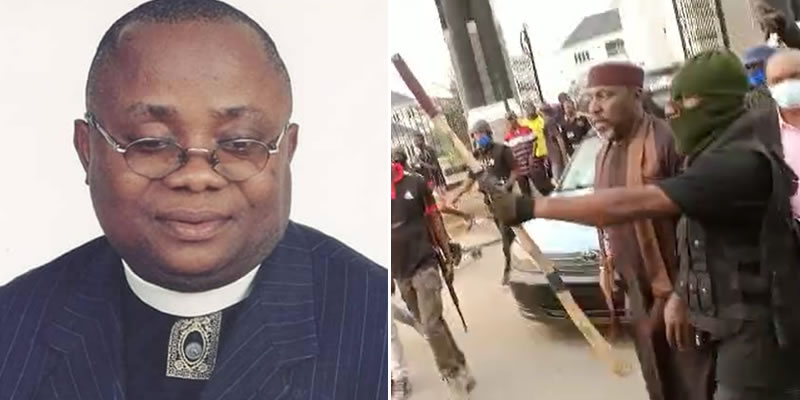 Barely 24 hours after a former governor of Imo state, Rochas Okorocha, was arrested after he dared Governor Hope Uzodimma to reopen the Royal Palm Estate sealed by the State Government, he has been reminded by Prophet Ekong Ituen of his prophecy which warned him about humiliation in his state.

According to Prophet Ekong Ituen, the Leader of Christ Deliverance Ministries in Lagos, who is an exceptional Cleric with a track record of accurate prophecies and highly respected by Christians and non-Christians, it is on record that while Okorocha was the Governor of Imo State, I warned him of impending political humiliation that will make him irrelevant in his state after his tenure.

The prophecy, in part says;
“The incumbent Governor of Imo State, Rochas Okorocha will experience political humiliation that will make him irrelevant in his state after his tenure.”

The prophet also made references to popular newspapers where the prophecy was publicized;

Senator Okorocha’s recent embarrassment ensued after the former Governor broke seals and keys to recover a estate belonging to his wife, Nkechi, which was sealed by the Imo State Government.