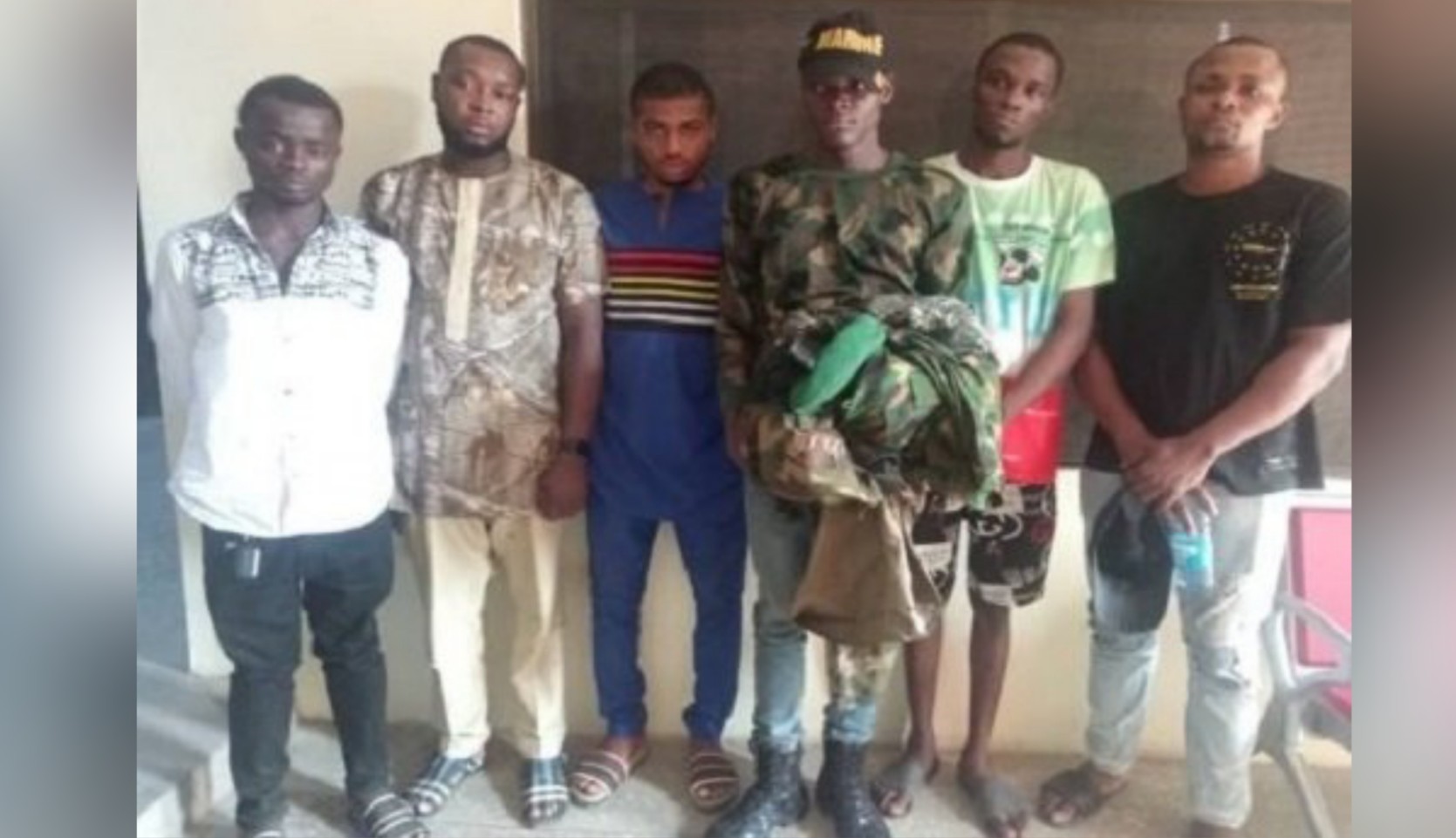 They were arrested in Asaba along Midwifery School road at the Okpanam axis of the State Capital Territory, following a tip off.

A statement by the Director, Army Public Relations, Brigadier General Mohammed Yerima, listed items recovered from one of the suspects, Chidera, to include a black Mercedes Benz GL350 jeep, a Toyota Corolla with registration number ABJ 49 AA ABUJA, a Fabric Nationale bayonet and pairs of military kits.

Chidera claimed to be a Cadet from Southern Maritime Academy in Ughelli and confessed to have gotten the military kits from one Mr Hassan nicknamed Commander.

The suspects have been handed over to the 63 Brigade Military Police Group in Asaba for further investigation and prosecution.