The conviction of four internet fraudsters has been secured by the Economic and Financial Crimes Commission (EFCC) before Justice Mohammed Abubakar of a Federal High Court sitting in Abeokuta, Ogun State.

This was contained in a statement released by the spokeperson of the anti-graft agency.

According to the statement, they pleaded guilty to a one-count amended charge of fraudulent impersonation. The offense is contrary to Section 22 (2) (b) 1 and punishable under Section 22 (2)(b) of Cybercrimes (Prohibition, Prevention, Etc) Act 2015.

”In view of their ‘guilty’ plea, the prosecution counsel, Oyelakin Oyediran, reviewed the case and urged the Court to convict the defendants accordingly. 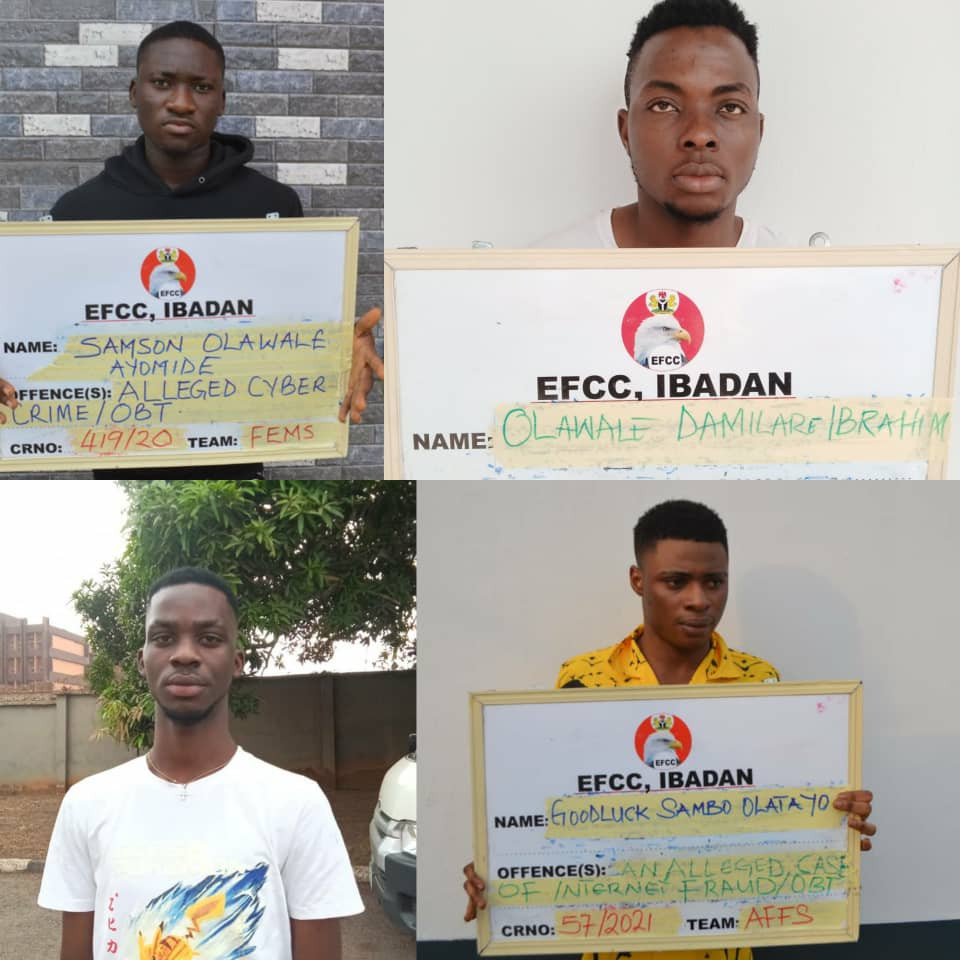