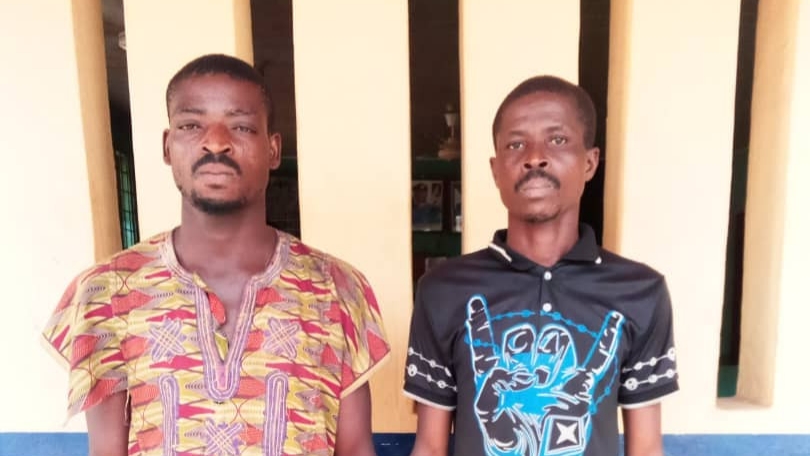 Two young men have been arrested by operatives of Ogun State Police Command for allegedly raping the 16-year-old daughter of their co-tenant.

According to the PPRO, the suspects Anthony John 35yrs and Jimoh Idowu 21 were arrested following a complaint lodged at owode-Egba divisional headquarters by the victim, who reported that she was at home with her younger siblings at Efunye village via Owode-Egba, when the two suspects, who are living in the same house with them broke into their apartment at about 2:00am and dragged her into Anthony’s room. 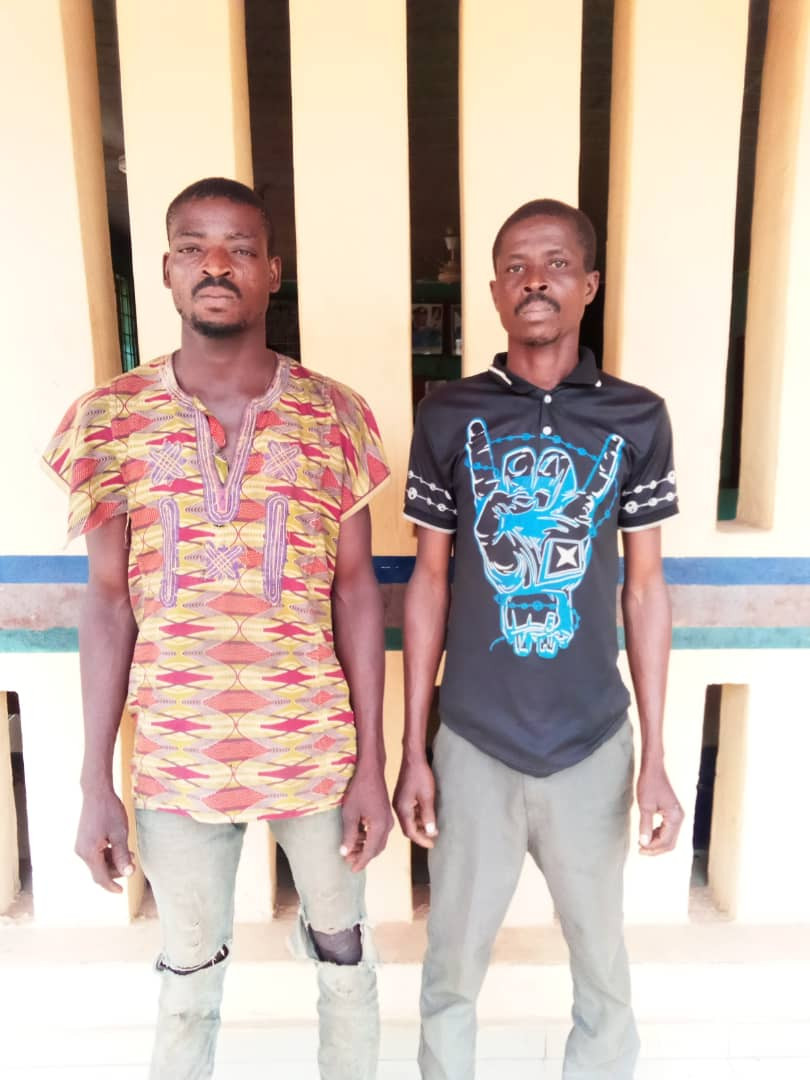 “She stated further that the duo knew that her parents had travelled and they capitalized on that to forcefully break into their room, using cloth to cover her mouth after which they took her to Anthony’s room where they took turns to have carnal knowledge of her.

Upon the report, the DPO Owode-egba division, Csp Ediae Mathew quickly dispatched his detectives to the scene where the two suspects were promptly apprehended. On interrogation, the two suspects confessed to the commission of the crime without any sense of remorse.

The victim has been taken to Owode-egba general hospital for medical treatment.” the statement in part read

Oyeyemi added that the state Commissioner of Police, Cp Edward Ajogun has ordered the transfer of the suspects to anti-human trafficking and child labour section for further investigation and diligent prosecution.