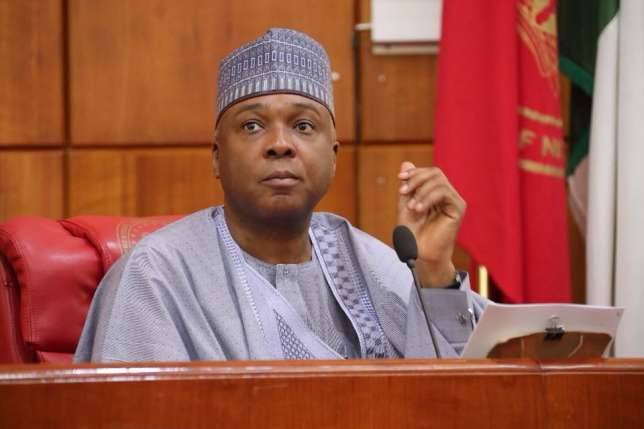 A Federal High Court sitting in Lagos, Thursday, set aside its order of interim forfeiture made against the properties of Senator Olubukola Saraki, the immediate past Senate President, located at 17 and 17A MacDonald Road, Ikoyi, Lagos State.

Trial judge, Justice Liman vacated the order in his judgment after counsel to the Economic and Financial Crimes Commission, EFCC, Mr Nnaemeka Omewa, and counsel to Senator Saraki, Mr Kehinde Ogunwumiju, SAN, adopted their respective written addresses for and against the making of the final forfeiture order sought by the EFCC against Senator Saraki’s properties.

The court held that the essence of an interim order of forfeiture was to preserve the property from being dissipated by the suspect and the burden is on the applicant, that is the EFCC, to satisfy the Court that the property is a proceed of unlawful or illegal activity under the corruption laws.

The court, however, found that the Applicant had in its affidavit in support of its motion for final forfeiture stated that the properties sought to be forfeited were purchased with a personal loan Senator Saraki obtained from a new generation bank.

The court agreed with the respondent’s counsel’s submission that the burden of proof for final forfeiture is on the preponderance of evidence and that the applicant had failed to show that the monies used to purchase the property were from the Kwara State government house account.

The court was not satisfied that the respondent had paid off the loan used to purchase the property.

The evidence of the transactions presented by the applicant were in respect of transactions made after he had purchased the property and the proceeds used for the purchase were legal, that is loans.

In the final analysis, the court held that the applicant failed to prove its entitlement to the relief of final forfeiture of the Respondent’s properties, accordingly dismissed the application and vacated the interim forfeiture order it made on October 21, 2019.