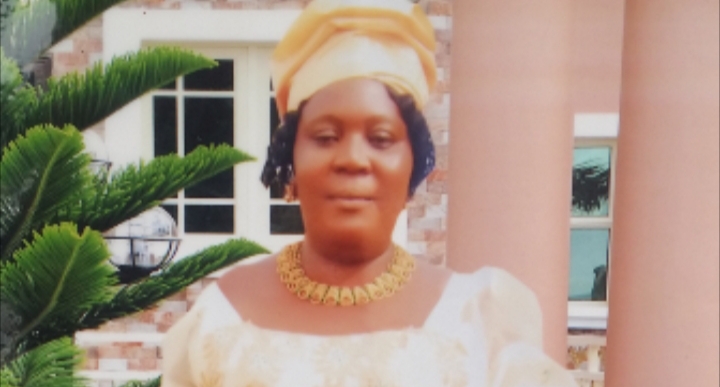 Iyase of Otolokpo Kingdom, Chief Ogadi Huginus has recounted how kidnappers abducted and killed his sister after collecting N650,000 ransom from the family.

Recall that the late Mrs Philomena Ogadi,53, from Otolokpo in Ika-North East Local Government Area  of Delta State was abducted by a nine-man gang. Operatives of the state police command last week, exhumed her body from a shallow grave where it was buried by the kidnappers.

Chief Ogadi Hyginus while speaking with Ika Weekly Newspaper, during a visit to the family said his sister came back from where she went to process her palm fruits at the engine, and was already in her house with her husband when the gang forcefully burst the door open.

He disclosed that the kidnappers initially demanded for money and the new motorcycle that she recently bought.

“They were about going when suddenly one of them ordered her to enter the motorcycle. And immediately she entered on the motorcycle, they zoomed off. This happened at about 3: am.” he narrated.

Hyginus also disclosed that police have commenced investigation and several arrests made in connection with the case.

He pointed out that it was one of the suspects that took the police to where his sister’s body was buried.

Kano: Teacher who kidnapped, killed Hanifa wept when he visited her…

Asked if the victim had misunderstanding with anyone, Chief Hyginus said his sister was never in any disagreement with any one, describing her as a peaceful and respectful woman. He added that his sister was good to all who knew her.

He stated that those behind her death will surely be brought to book.

“You cannot kill someone and expect to walk freely. The perpetrators will be made to face the full wrath of the law when apprehended.” he stated.