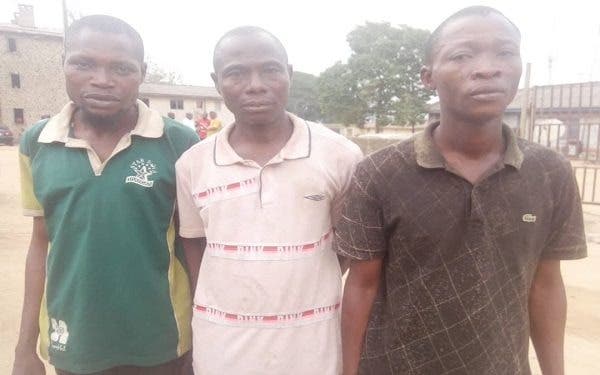 The three detained OPC members were released on health grounds for them to seek medical attention.

According to a PUNCH interview with the OPC Coordinator in Oyo State, Rotimi Olumo, the detained members “are seriously ill and need urgent medical attention.”

Olumo said, “The three men were released on bail today from the State Criminal Investigation Department in Iyaganku, Ibadan.

“The police released them on health condition; the three men are seriously ill and need urgent medical attention.

“The police said the three of them should report regularly at the state CID for the ongoing investigation.”

Olumo also debunked rumour that the men were moved from the state to Abuja for investigation.

The OPC members were detained on Sunday after arresting the notorious Fulani warloard, Wakili in the Kajola, Igangan area of Oyo state for terrorising the people.

The police has said that Wakili house was burnt and a woman killed all allegation the OPC denied.