My respect for Osinbajo grew after comment on crypto ban, says Rewane 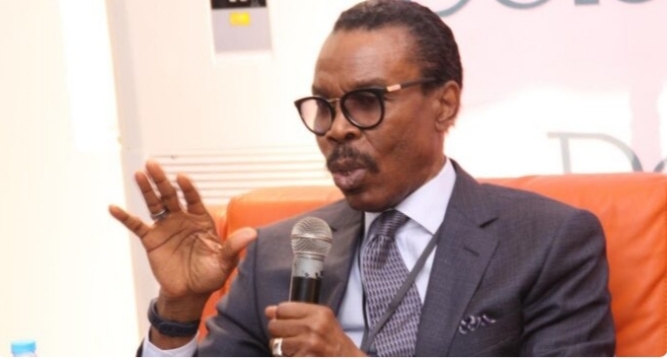 The Chief Executive Officer of Financial Derivatives Company, Bismarck Rewane has stated that Vice-President Yemi Osinbajo’s comment on the ban of cryptocurrency boosted his respect for him.

Recall that the Central Bank of Nigeria (CBN) had recently directed banks and other financial institutions to close accounts of persons or entities involved in cryptocurrency transactions.

According to the apex bank, cryptocurrencies pose the risk of loss of investment, money laundering, terrorism financing, illicit fund flows and other criminal activities.

But Osinbajo had urged the CBN and the Securities and Exchange Commission (SEC) to come up with robust regulations for cryptocurrencies.

Delivering a paper at a public lecture organised by a pan-Nigerian coalition, Building the Future Forum (BTFF), in Abuja, Rewane said Osinbajo’s remarks pleased him.

The event was organised in celebration of Osinbajo’s 64th birthday on Monday.

Rewane said Nigeria needs people like Osinbajo to promote policies that will allow the private sector thrive. He commended the vice-president for his efforts in improving the conduct of businesses in Nigeria.

“We need people in public life who have candor like Prof Osinbajo and more than anything else, we need people like him who can make the private sector feel at ease in the policy-making community. Once again, happy birthday to a leader of the people, societies, and enterprises,” he said.

“His recent remarks on the prohibition of cryptocurrencies in which he said that we must not regulate out of fear but with knowledge, was another defining moment in my respect for a mind that comes across without ruffling feathers but clearly and distinctly about the honest and efficient truth. I remember once again how under his stewardship, the adoption of the I&E window, which was a major achievement in stabilising the naira at a time of turbulence in the 2016-17 recession.

“Nigeria today has made remarkable achievements in the ease of doing business matrix. Nigeria is the leading country according to the Economist Pocket Book of Figures with 39.9% of its citizens either as nascent or direct entrepreneurs.

“I interacted with the celebrant in 2016 and 2017 when he called for presentations to the Economic Management Team (EMT). We consulted with his team in finalising the minimum wage study in 2019, in what was an impossible deadline, which we met miraculously.

“I have also watched closely the various interventions in removing bottlenecks in the way of businesses in Nigeria with the Presidential Enabling Business Environment Council (PEBEC) initiatives.”

Osinbajo, who attended the event virtually, said he was honoured to have been celebrated.

The event was attended by Babatunde Fashola, minister of works and housing; Rauf Aregbesola, minister of internal affairs; Kayode Fayemi, governor of Ekiti; among others.