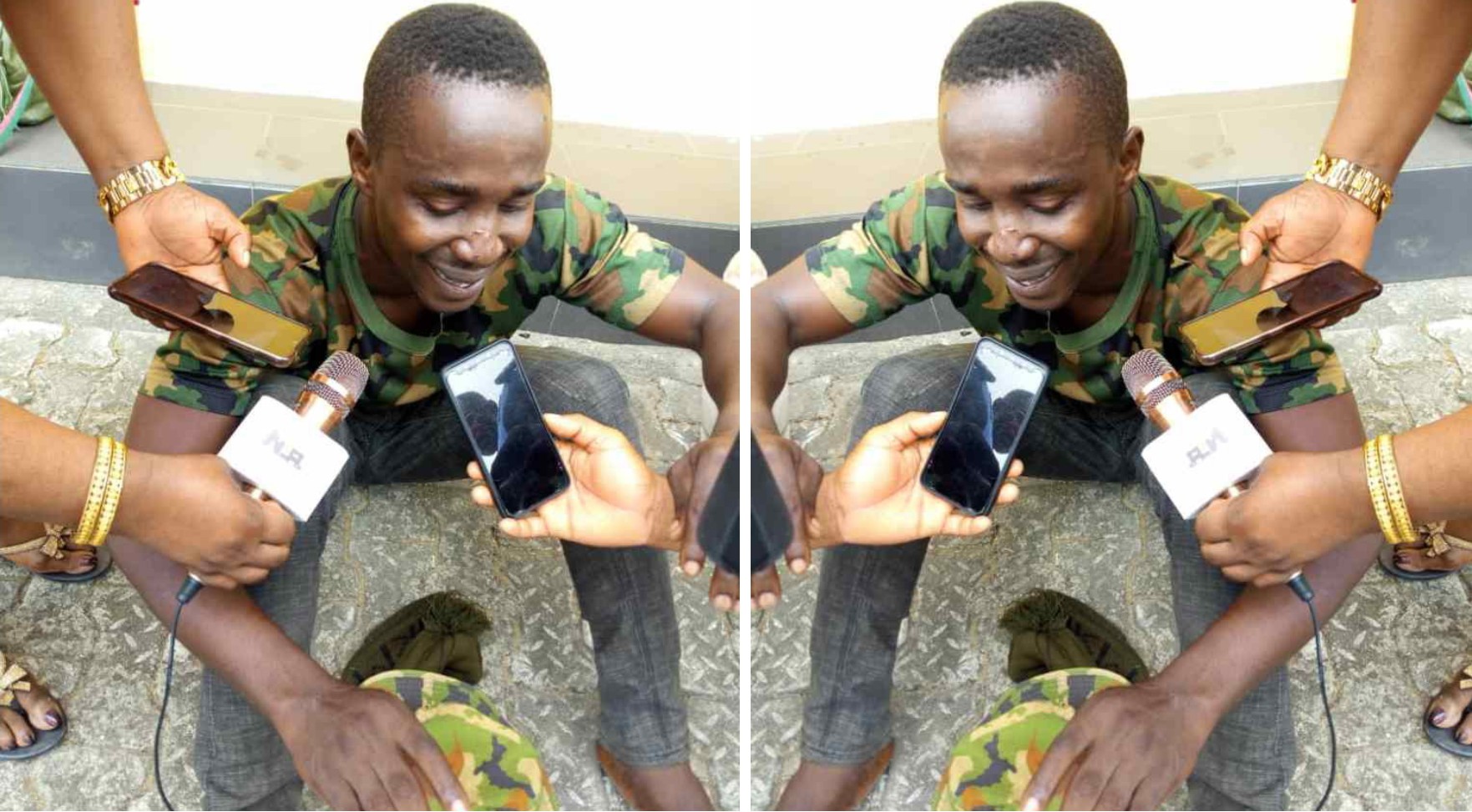 Nigerian Army have arrested a fake soldier who have been going about impersonating to be a personnel of Nigerian army in the last four years ago.

The 28 years old Mr Ogbona Paul Chuwudi who is an indigene of Ebonyi State was apprehended in Cross River State.

Ogbona was arrested by officers of the NSCDC at Igoli, Ogoja and handed over to the 130 Battalion who after preliminary investigation decided to hand over the alleged fake soldier to authority of the 13 Brigade of the Nigerian Army in Calabar.

At the handing over ceremony of the fake soldier to the authority of the Cross River Police command, which took place at Headquarters of 13 Brigade Nigerian Army for further investigation and possible prosecution, the Brigade Commander, Brigadier General Mohammed Abdullahi stated that the suspect has been impersonating for the past 4 years until luck ran out of him and was apprehended by security agent.

Several items were recovered from the impersonator including charms and photographs where the suspect took with military uniform claiming to be a barracks boy as his late father was a soldier.

Also recovered at his residence at 7 stadium road, Igoli Ogoja includes camouflage t shirt, some of his pictures on military uniform, fake Military ID card, prescreening certificate of the Nigerian Army among others.

Army said that the suspect and the exhibits have been handed over to the police for further investigation.

Speaking with Journalists, the suspect, Ogbona Paul said he felt guilty of his action.