Obasu Segun Godwin, an official of the Lagos State Traffic Management Authority LASTMA, has been killed by a commercial bus driver along Anthony road on Tuesday, March 16.

According to the  statement released by the General Manager of the agency, Olajide Oduoye, Obasu and his colleague, Adeniyi Hakeen, were attacked by the commercial driver while on their way home.

He said the commercial driver became angry after his vehicle was impounded by other LASTMA officials for flouting traffic laws. Oduoye said the driver and his accomplices used machetes and other dangerous weapons to inflict serious injuries on the deceased and his colleague Hakeem.

He said seven persons have been arrested in connection with the attack while the driver is still at large.

See the statement below: 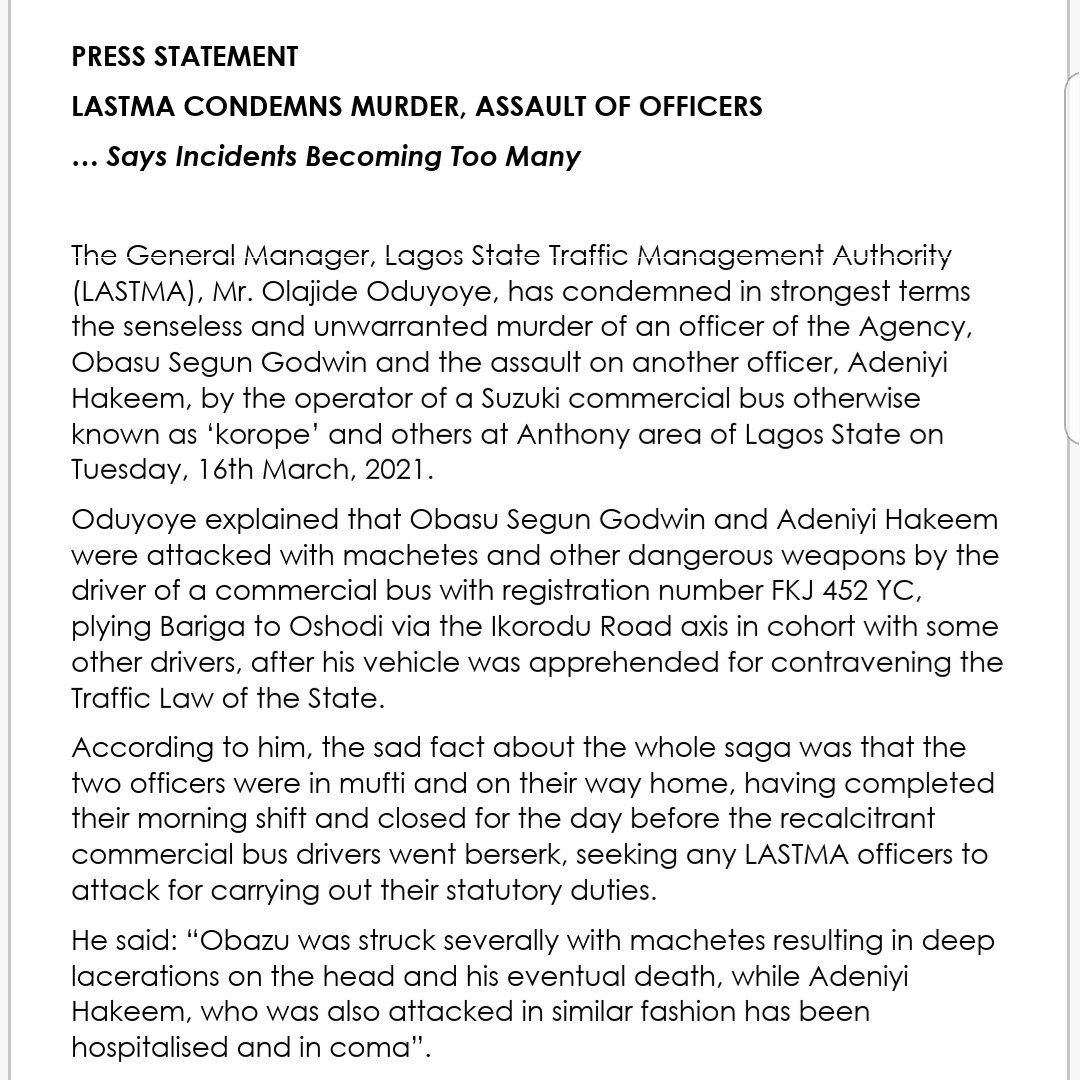