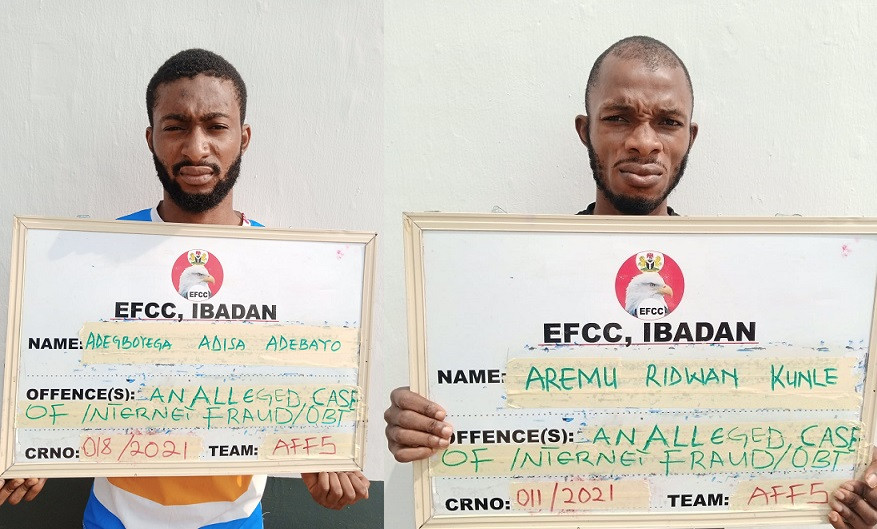 WITHIN NIGERIA learnt that Aremu was separately charged with eight counts while Adegboyega was docked on a two-count charge.

According to the charge sheet, their charges border on obtaining money under false pretence contrary to Section 1(2) of the Advance Fee Fraud and Other Fraud Related Offences Act, 2006 and punishable under Section 1 (3) of the same Act.

Adegboyega pleaded ‘not guilty’ to the two counts preferred against him.

In view of their plea, prosecution counsel, Ben Ubi asked for a date to review facts of the case against Aremu on the counts he pleaded ‘guilty’ to and a date for trial for the second defendant. He also prayed the Court to remand the defendants with the Nigerian Correctional Service.