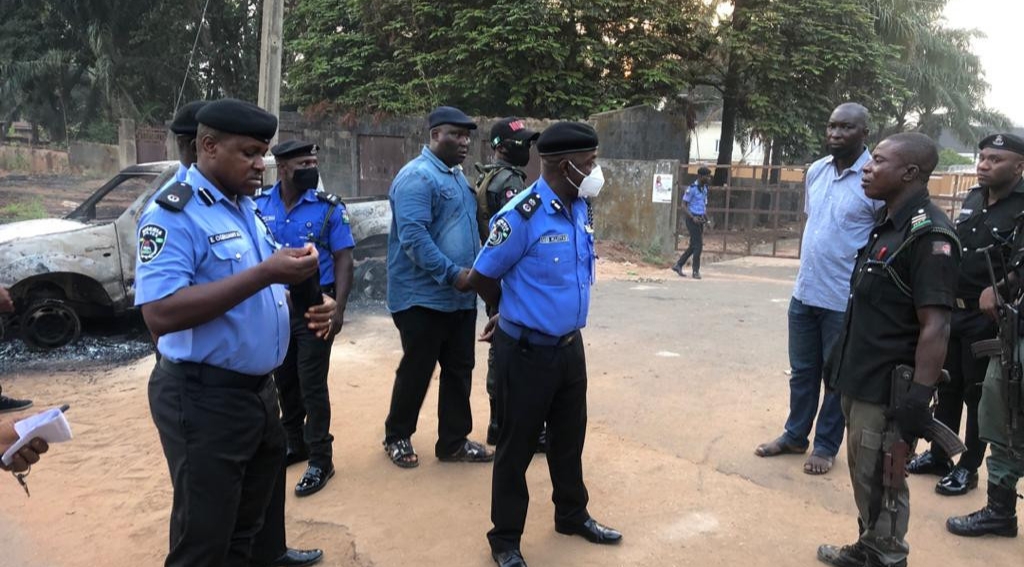 WITHIN NIGERIA learnt that the tragic incident which claimed the life of one police officer and made another one lying critically ill in the hospital happened on Thursday, March 18.

This was contained in a statement released by the police public relations officer in the state, DSP Ikenga Tochukwu.

According to the PPRO, the hoodlums numbering over twenty with three Sienna buses and motorcycles engaged the police in a gun-duel which lasted for over 30mins before reinforcements from the State headquarters forcing the hoodlums to escape.

Tochukwu said two police operatives sustained gunshot injuries and were rushed to the hospital for medical attention where one was confirmed dead by a medical doctor.

He said the state Commissioner of police, CP MB Kuryas, visited the scene for an on-the-spot assessment.

He said an investigation is ongoing and effort is being intensified in order to unravel perpetrators of the heinous act and bring them to book.

Watch footage from scene of incident below;